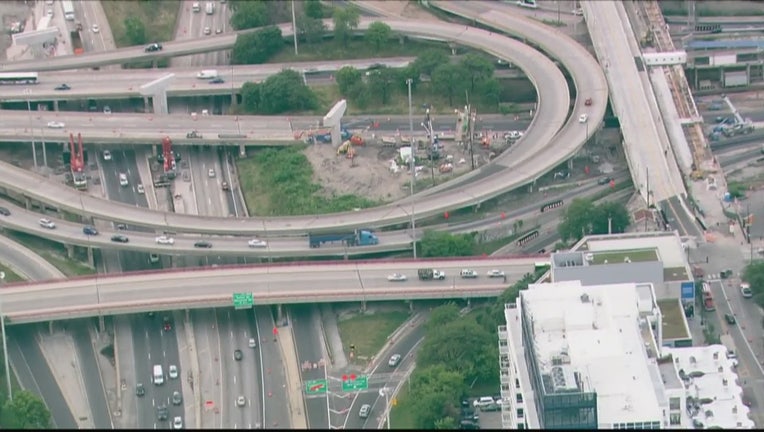 CHICAGO - The Adams Street bridge will close for two years of construction starting on Monday.

It’s the last of 11 bridges to be revamped in the Jane Byrne Interchange project, which started in 2013 and is expected to finish by the end of 2022.

The Adams Street bridge will close between Halsted and Des Plaines streets, weather permitting, 5 a.m. Monday, Aug. 31., the Illinois Department of Transportation said in a statement. 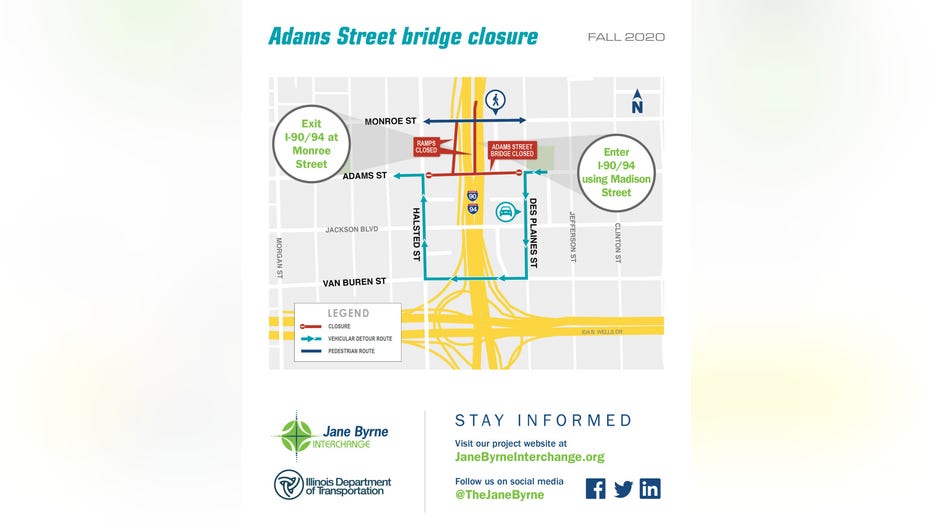 The new bridge, expected to open in fall of 2022, will have two westbound lanes and wider sidewalks on both sides, enhancing connections and improving safety, IDOT said. The entrance ramps will be relocated to eliminate the left-side entrance to the expressway.

Meanwhile, a detour will direct traffic south on Des Plaines, west on Van Buren Street and north on Halsted Street to reconnect with Adams, IDOT said.

Pedestrians should use the Monroe Street bridge as an alternate route. Bicyclists will be detoured south on Halsted, east on Harrison Street and north on Clinton Street to reconnect with Adams Street, according to IDOT. 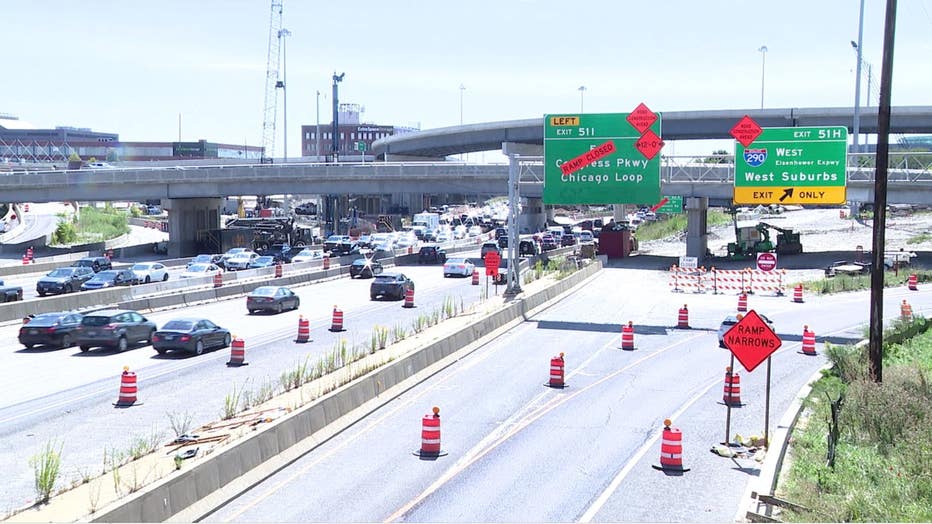