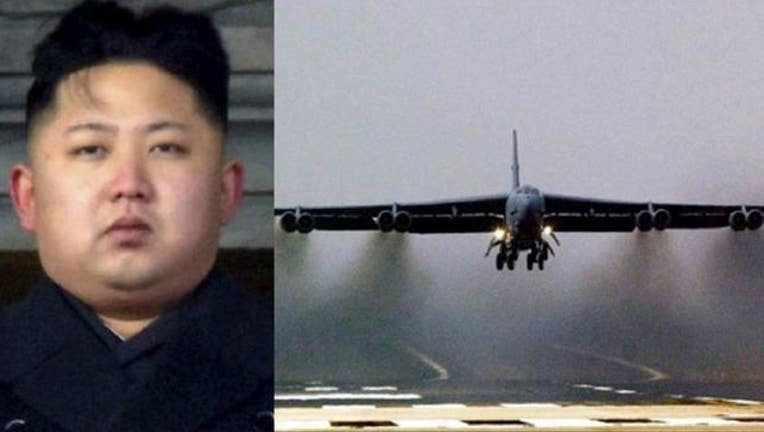 (FoxNews.com) - The U.S. Air Force is preparing to place its fleet of nuclear-armed B-52 bombers on 24-hour alert for the first time since 1991 amid escalating tensions with North Korea, the military branch's chief of staff said in a report Sunday.

Defense officials denied to Fox News that bombers were ordered to go on 24-hour alert, but Gen. David Goldfein told Defense One it could happen.

“This is yet one more step in ensuring that we’re prepared,” Goldfein said. “I look at it more as not planning for any specific event, but more for the reality of the global situation we find ourselves in and how we ensure we’re prepared going forward.”

Goldfein noted that in a world where “we’ve got folks that are talking openly about use of nuclear weapons,” it’s important to remain alert and think of new ways to be prepared.

“It’s no longer a bipolar world where it’s just us and the Soviet Union. We’ve got other players out there who have nuclear capability. It’s never been more important to make sure that we get this mission right,” Goldfein added.

Barksdale Air Force Base in Louisiana, home of the 2d Bomb Wing and Air Force Global Strike Command, which manages the service’s nuclear services, is being renovated, Defense One reported, so that B-52s would be ready to “take off at a moment’s notice.”

The B-52, which can fly up to about 50,000 feet and at subsonic speeds, has the ability to release a variety of weapons, including cluster bombs, gravity bombs and precision guided missiles.

The long-range bomber can also unleash both nuclear and precision-guided conventional ordnance.