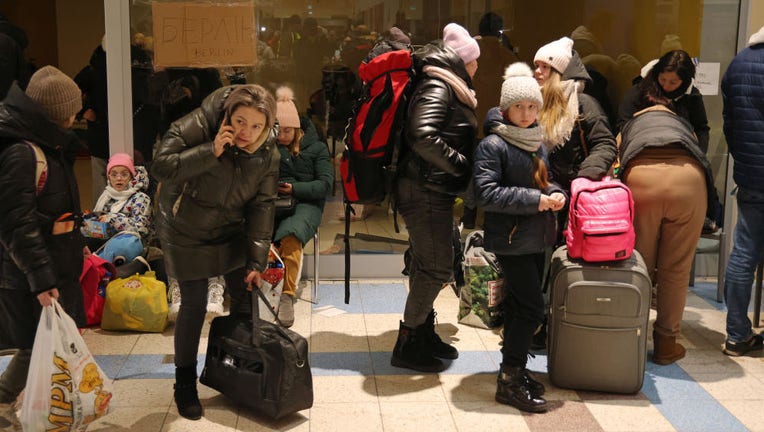 People who have fled from war in Ukraine arrive at a temporary shelter set up in a former shopping center in Przemysl, Poland. (Photo by Sean Gallup/Getty Images)

WASHINGTON - Airbnb says they are working to offer free temporary housing for up to 100,000 refugees fleeing Ukraine during the Russian invasion. The company is funding the housing through assistance from Airbnb hosts and donations made to Airbnb.org.

Airbnb says its hosts will provide beds and amenities for refugee guests in the homes between a few days or weeks. Airbnb also works with nonprofit organizations within their network to check the eligibility of refugee guests prior to their stay.

RELATED: Ukraine crisis: How you can help UNICEF, Project HOPE, and GlobalGiving

In only seven days of fighting, over 2% of Ukraine’s population has been forced out of the country. Among the million-plus refugees who have fled Ukraine in recent days were some 200 orphans with severe physical and mental disabilities who arrived from Kyiv by train in Hungary on Wednesday.

Airbnb’s housing assistance for Ukrainian refugees continues an initiative the company began last year when they provided housing to refugees from Afghanistan. Refugees fled the country to escape the rule of the Taliban to resettle in safer areas around the world.

Last month, Airbnb announced on their website that they reached a goal of setting up housing stays for 20,000 Afghan refugee guests.

FOX 4 Dallas and the Associated Press contributed to this story. This story was reported from Washington, D.C.