BIRMINGHAM, Ala. - COVID-19 cases are rising in every state, but especially in Alabama — one of the states with the poorest vaccination rate. While fielding questions Thursday, Gov. Kay Ivey placed the blame squarely on the unvaccinated. 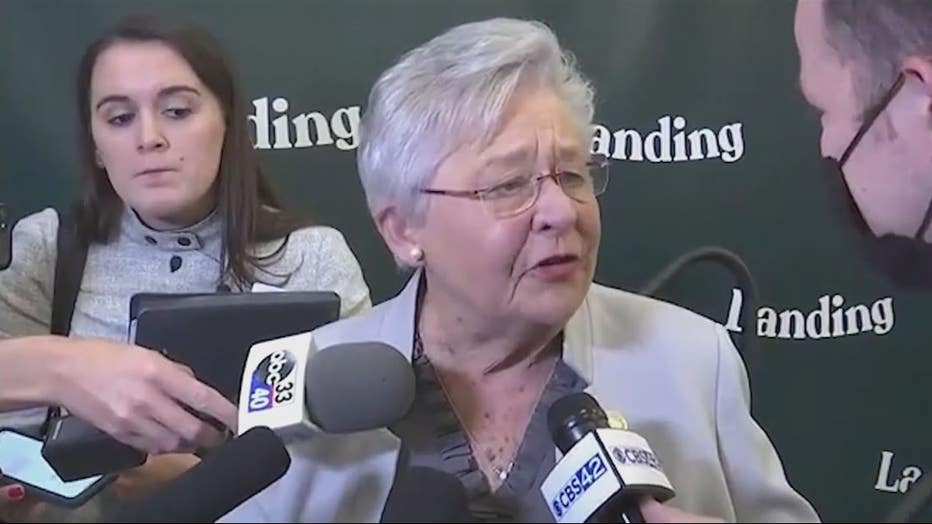 "It’s the unvaccinated folks that are letting us down. I’ve done all I know how to do. I can encourage you to do something but I can’t make you take care of yourself," Ivey said.

Health officials at the U.S. Centers for Disease Control and Prevention and the White House have stressed a similar point for weeks: The unvaccinated are driving this summer’s surge of the coronavirus.

Data shows that more than 99% of recent COVID-19 hospitalizations and deaths are among the unvaccinated.

Ivey’s comments are the latest in a string of pleas from Republican lawmakers who are working to get their constituents vaccinated.

RELATED: US COVID-19 deaths: Most who died recently were unvaccinated, data shows

Thursday’s comments are consistent with Ivey’s record of encouraging Alabamians to roll up a sleeve. But some of her policies have worked against other efforts to increase vaccinations.

While many states have sought to incentivize the vaccines by offering entries into lotteries, Ivey opposed such measures in the Yellow Hammer State — saying common sense was enough incentive.

In May, she also barred businesses and institutions from requiring vaccine passports in Alabama.