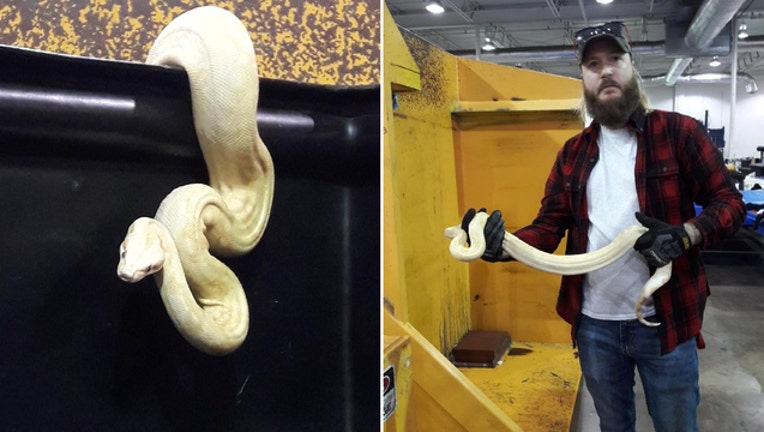 FORT WORTH, Texas - People donate a lot of strange things to Goodwill but this may be a first – a live snake.

Goodwill Industries said a worker at the Fort Worth sorting center found an albino python Thursday morning as she was sorting clothes. She tipped a bin out onto a table and there it was.

At first, she thought it was fake and that someone was playing a joke on her. Then it started to move and stuck its tongue out.

The worker quickly called her manager, who fortunately owns snakes and is familiar with pythons. He put it back in the bin.

Manager James Murphy is currently taking care of the snake while Goodwill tries to figure out if it was donated by mistake or on purpose.

The python could have slithered into a bag of clothes and was unknowingly dropped off. But if not, Goodwill promised to find it a good home.