After locals tried and failed to trap an alligator in a Chicago lagoon last year, they called in an expert. Frank Robb, also known as

Professional Alligator Wrangler Frank Robb made a trip to the Midwest last summer to do what he does best: catch a gator. That trip made the Florida gator catcher a global sensation, and now he's using his platform to teach people about gators.

The Brevard gator trapper, Frank Robb, also known as Alligator Robb knows how to communicate with gators by replicating their calls. He uses sounds to lure crocodilians, alligators, and crocodiles, to him when he needs to catch them.

"They all have different tones. Different pops and clicks to making sounds," Frank Robb said. "Maybe you’re at a 5-10 acre lake trying to figure out where the animal is at that’s in that lake. You can get him to come out from where he’s at."

Duty called Alligator Robb to Chicago last summer, which was his first Midwest mission to catch an alligator in the Humbolt Park Lagoon. He caught the gator, nicknamed "Chance the Snapper" from the lagoon and became a hero in the city. 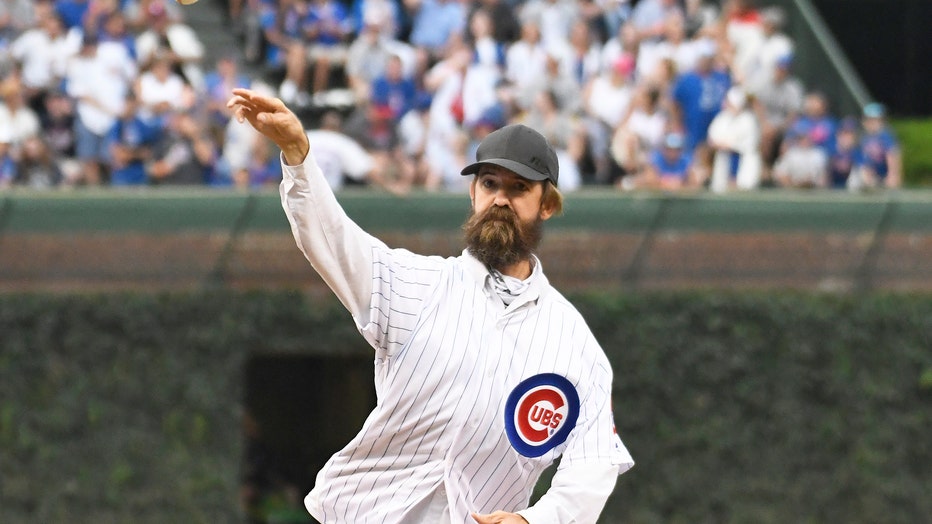 CHICAGO, ILLINOIS - JULY 16: Alligator expert and trapper Frank Robb throws out a ceremonial first pitch before the game between the Chicago Cubs and the Cincinnati Reds at Wrigley Field on July 16, 2019 in Chicago, Illinois. (Photo by David Banks/Ge

He threw out the first pitch at a Cubs game at Wrigley Field and turned on the iconic Buckingham Fountain. They even made a bobblehead of Alligator Robb and Chance too.

"When the National Bobblehead Hall of Fame called me, I thought it was a joke. I was like, 'Wait a what now?'" said Robb. 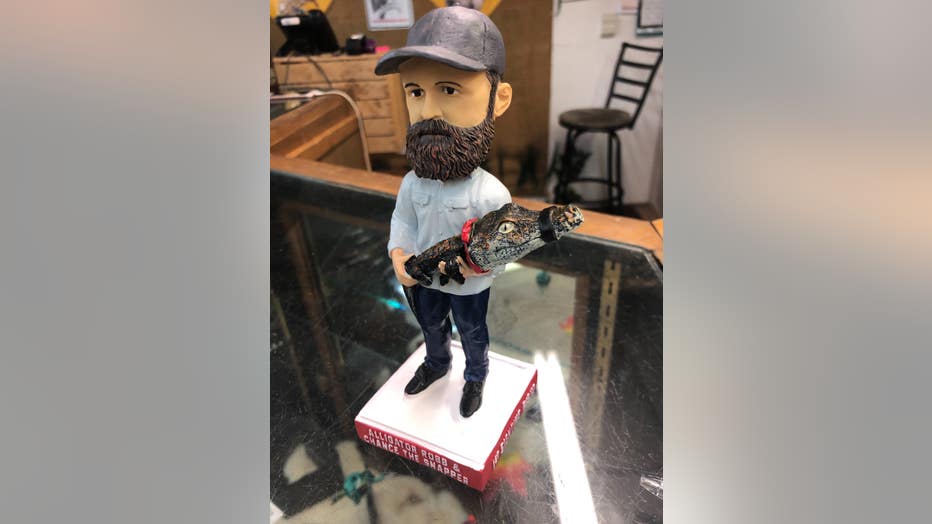 Chance made his way to the St. Augustine Alligator Farm Zoological Park.   The humble gator wrangler is now using his platform to teach people about gators.

"You don’t hear a lot of good stories about alligators or crocodilians in general," said Robb. "This story in Chicago has brought light to a great light to an animal that doesn’t get a whole lot of that."

Robb is currently working with the Crocodile Specialist Group to study the sounds alligators and crocodiles make.

"There are 25 species of crocodilians. So we’re trying to put together vocalizations from all 25 species to build a database for the crocodilian specialist group," said Robb.

After locals tried and failed to trap an alligator in a Chicago lagoon last year, they called in an expert. Frank Robb, also known as

They're working to uncover what the different sounds mean from each.

"There’s distress calls, happy calls, sad calls, even contact calls for being touched," said Robb. "They have dialects basically. They have a different way of expressing their feelings with each sound."

In his 25 years of working with crocodiles and alligators, he has learned how vastly intelligent these creatures are.

"They’re a lot more than just a keystone species. It’s a very important animal to human health and everything else. It’s providing more attention to an animal that doesn’t get enough."

He's also working with researchers to take blood samples for medical research to develop new ways to fight things like HIV and cancer.

"This could be your eventual cure for cancer, pretty much every bacterial or viral infection in the world. Their blood chemistry is like nothing else," said Robb. "They have the ability to solve a lot of the problems that ill us."

He's also been using his platform to work educating children on the species he adores.

"Crocodilians are something that people don’t understand," said Robb. "They always think the worst of them. People think they’re the devil walking around, which is not what they are."

Robb hopes Floridians will open their minds to the prehistoric predator and adore them the way he does.

"It’s one more thing to open up the world of working with crocodilians to people who know nothing about them," said Robb. "They don’t realize how vastly intelligent these guys are."

Robb also wrote a children's coloring book about the alligator from Chicago, Chance.  You can learn more about the book and follow Alligator Robb here.