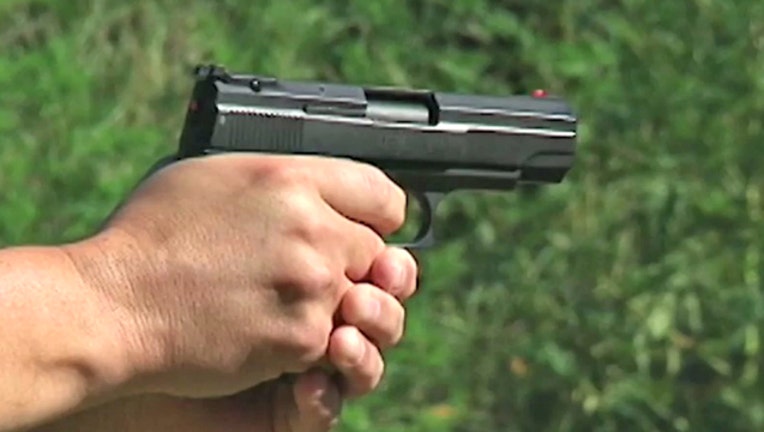 CHICAGO (AP) - Tens of thousands of Illinois residents whose gun licenses have been revoked could still be in possession of firearms, according to an analysis of state records by the Chicago Tribune.

The failure of the system was underscored in February when a man killed five former colleagues and wounded five police officers in Aurora, Illinois, using a gun he kept despite the revocation of his Firearm Owner's Identification card in 2014.

Local police departments are supposed to ensure that those whose licenses have been revoked surrender their permits within 48 hours and fill out a form stating their guns have been passed to a legal gun owner or the police.

But since 2015, nearly 27,000 Illinois residents whose FOID cards have been revoked haven't updated authorities on what they have done with their firearms, the Tribune reported. That means authorities do not know whether 78% of those revoked cardholders still own guns.

"I will say the depth and breadth of the problem did take me back just a bit," said acting Illinois State Police Director Brendan Kelly, who has made FOID revocation compliance a priority since he took office this year. "The only way we are going to be able to take a bite out of this problem is just laying it all out there: the good, the bad and the ugly."

FOID cards can be revoked for a number of reasons: felony convictions or indictments; convictions involving domestic abuse; being subject to an order of protection; being deemed a mental health risk; dishonorable discharge from the military; or being found to be in the country illegally.

Local police departments are informed by state police when a card has been rescinded, but most don't prioritize checking on the status of remaining weapons due to a lack of resources, officers or background information.

Failure to ensure compliance over so many years has created a substantial backlog that will require a coordinated, costly effort to resolve.

A bill pending in Springfield would raise cardholder fee from $10 for 10 years to subsidize a task force to follow up on revocations. The legislation would also mandate fingerprinting to obtain a FOID card, a step supporters say would significantly increase the chance of identifying an applicant's criminal background. Gun rights advocates say the measure would be an unconstitutional encroachment on Second Amendment rights and have vowed to challenge it in court if it passes into law.