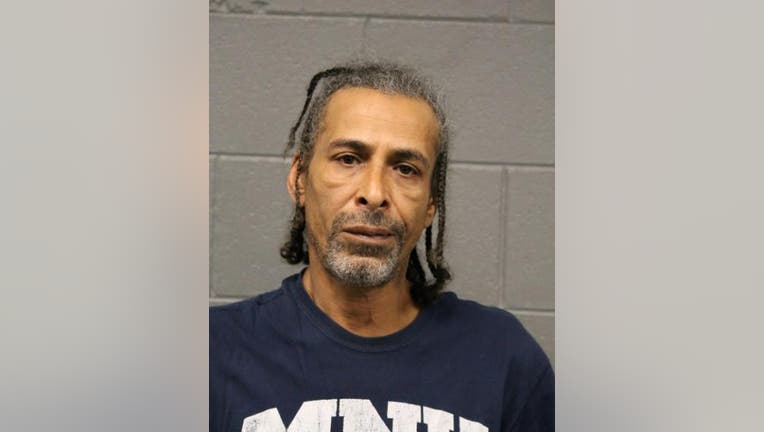 CHICAGO - Community activist Andrew Holmes says a tip from the street and his own investigative work led police to arrest a suspected hit-and-run driver who injured his sister last month in Park Manor.

“If this person didn’t give me the tip, these people would have walked away scot-free,” Holmes told the Sun-Times.

Chicago police said they have charged Anthony Hendrix, 58, in connection to the hit-and-run. He was arrested Wednesday morning in the 300 block of East 79th Street.

Holmes’ sister, Cassandra Holmes, 58, was struck by a pickup truck the morning of Jan. 29 as she walked in the 7400 block of South King Drive, and was taken to a hospital in good condition, according to Holmes and Chicago police.

“She’s still in a lot of pain and needs a third surgery,” Andrew Holmes said.

Holmes got a tip about the accident shortly after posting a flyer with a photo of a wanted pickup truck.

“Someone came to me at 79th and King and led me to a nearby appliance store,” Holmes said. “He said, you’re right on the money.”

Holmes surveilled the store for two days, walking past and looking inside but not going in. Finally, he went in and confronted the suspected driver.

“I went in and his eyes rolled up. I asked if he had info on the hit-and-run truck, and he said he’d talk to the manager. I said, ‘I know you’re the one in the truck.’ And he said he didn’t want this to go no further,” Holmes said.

The man told Holmes the manager of the store hid the truck, Holmes said.

Holmes, who is also a trustee in the Village of Dolton, said he would not be issuing a $2,000 reward he was offering for information on the driver, saying the person who gave him the tip “wanted no part of it.”

The activist is no stranger to conducting his own investigative work.

In 2018, Holmes took undercover recordings of a murder suspect, claiming he got Arthur Hilliard to confess on tape to the murder of 21-year-old Diamond Turner, who was found in 2017 strangled in the South Side trash bin. Hilliard was charged in her death last month.

Judge David R. Navarro set Hendrix’s bail at $25,000 during a hearing Friday, according to Cook County court records. His next court date is scheduled for Feb. 21.

The Sun-Times received permission from Cassandra Holmes to use her name and photo for this story.