A mother and a grandmother in Anne Arundel county are facing a host of charges after an autopsy determined that an infant in their care died with fentanyl and morphine in his system.

ANNE ARUNDEL COUNTY, Md. (FOX 5 DC) - A mother and a grandmother in Anne Arundel county are facing a host of charges after an autopsy determined that an infant in their care died with fentanyl and morphine in his system.

Anne Arundel county police began investigating in July after the mother and grandmother found the infant – Niyear Taylor – to be unresponsive in their home in Orchard Beach.

Police talked to multiple family members within the residence, who said the baby had been wheezing until going to bed around 2 a.m. He was reported as unresponsive around 9:15 a.m.

The baby was taken to Baltimore Washington Medical Center, where he died.

An autopsy confirmed that drugs were in the baby’s system.

A medical examiner ruled the infant’s cause of death as fentanyl and heroin intoxication with despropionyl fentanyl use with the manner being homicide.

In August, investigators executed a search warrant at the family home and discovered empty capsules and trace powdery substances in every room.

They say more than 100 gel caps were recovered from the floor, the infant’s diaper bag, and various other areas around the residence.

Capsules recovered from the mother’s room tested positive for both heroin and fentanyl. 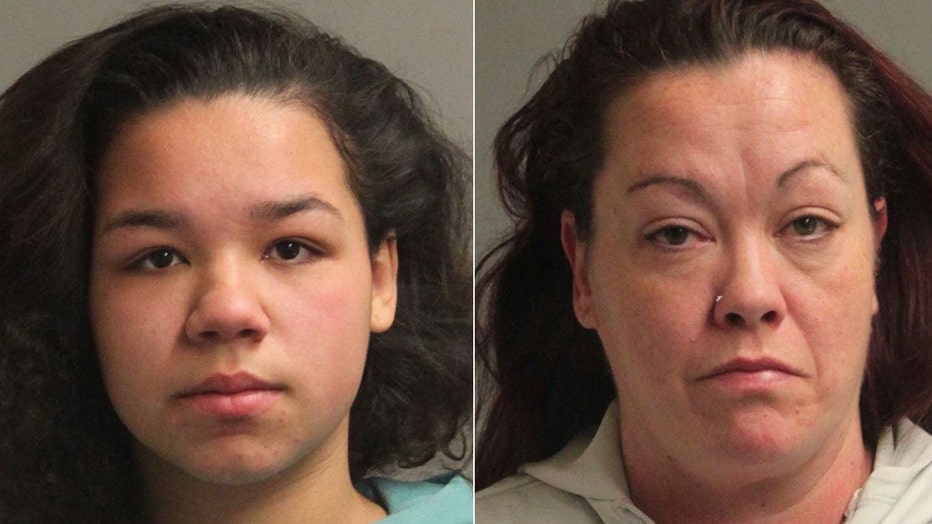 Investigators believe the grandmother, Laurie Ann Taylor, took her two daughters, along with baby Niyear, to Baltimore to buy heroin on July 26.

In Baltimore, they bought four heroin capsules to share with one another.

When they returned home, they discovered one of the heroin gel caps was missing. After that, she returned to Baltimore with her 17-year-old daughter Alexus Lorraine Taylor to buy more heroin to replace it.

After they once again returned to Orchard Beach, the women noticed that Niyear was breathing oddly and Laurie Taylor asked whether the infant might have ingested the heroin.

They discussed medical care for the baby, but decided to take a “wait and see” approach.