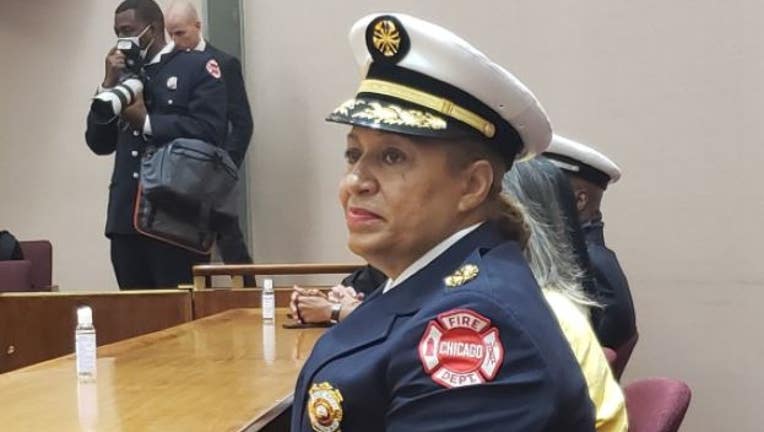 The Chicago City Council voted to confirm her, and Mayor Lori Lightfoot tweeted her congratulations: "Annette Nance-Holt has made Chicago history by becoming the first Black woman to serve as Chicago Fire Department commissioner."

"Commissioner Holt has more than three decades of proven leadership and a passion for public service that makes her the perfect fit for this role," said Lightfoot in a statement in May. "Furthermore, in a time where more work remains in order to eliminate discrimination, racism and sexism from the firefighter profession, Commissioner Holt's history-making appointment as the first woman and Black woman to lead as Fire Commissioner couldn't have come at a better moment."

An investigation is underway Wednesday morning after a fire ripped through a downtown Chicago bank overnight.