Commissioner Nance-Holt will be the first woman and first woman of color to lead the Chicago Fire Department in its 162-year history.

"Commissioner Holt has more than three decades of proven leadership and a passion for public service that makes her the perfect fit for this role," said Mayor Lightfoot. "Furthermore, in a time where more work remains in order to eliminate discrimination, racism and sexism from the firefighter profession, Commissioner Holt's history-making appointment as the first woman and Black woman to lead as Fire Commissioner couldn't have come at a better moment."

Commissioner Nance-Holt has served the Chicago Fire Department for over 30 years.

"The Fire Department must have membership and leadership that mirrors the communities it serves every day," said Commissioner Nance-Holt. "As a child, I never laid eyes on either a female firefighter or a firefighter of color. There were no role models who looked like me, and so I never thought that becoming a firefighter, which was my dream, would be a possibility for me."

Nance-Holt also achieved another historic first when she was named the First Deputy Commissioner by Commissioner Ford in 2018, making her the first woman to hold the Department’s number two spot, officials said. 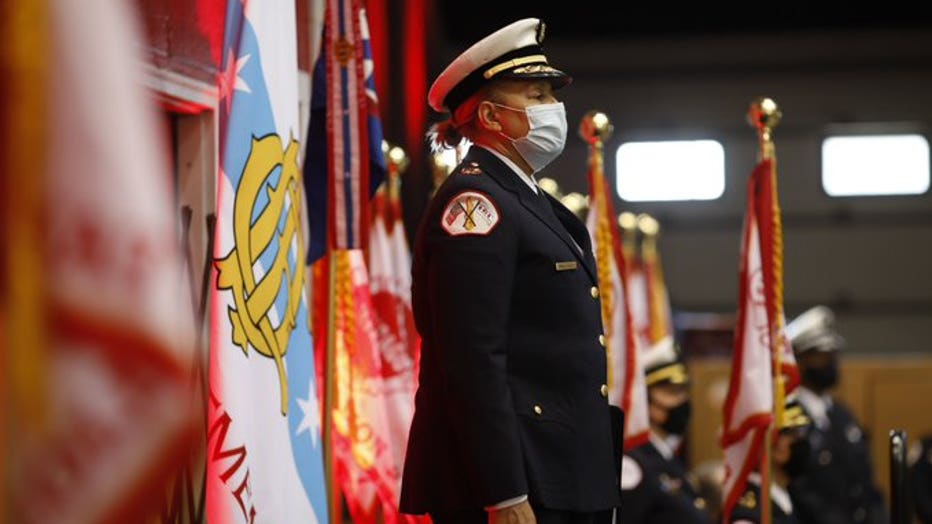 Commissioner Nance-Holt resides in Chicago with her family, and is the founder of two nonprofit community organizations, Purpose Over Pain and the Blair Holt Scholarship Foundation.

She also holds a Master of Science degree in Public Administration/Fire & Emergency Management from Anna Maria College and a Bachelor of Arts degree from Chicago State University.