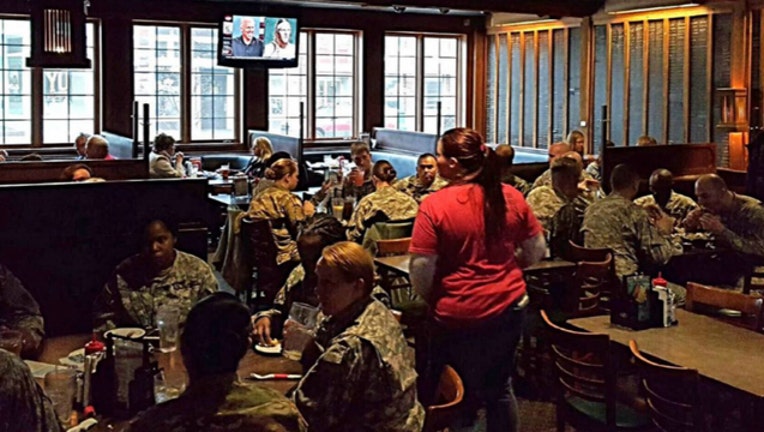 An anonymous Good Samaritan picked up the tab for 30 National Guardsmen who were eating at Corner Bar in Rockford, Michigan, on Wednesday. The National Guard troops were in the area for training at the Belmont Armory, so they stopped at the bar for lunch, Fox 17 reported.

After a discount from management, the bill came to about $200. That's when a customer asked to speak to the manager, generously offering to pay for everything.

"The guest was very adamant about remaining anonymous," general manager John Vanaman told Fox 17. "He said he wanted to pick up the bill in appreciation for what our service men and women do."

Lt. Col. William Humes, spokesman for the Michigan National Guard, told ABC News that it’s always very “gratifying” and “humbling” when a stranger pays the tab for servicemen and women.