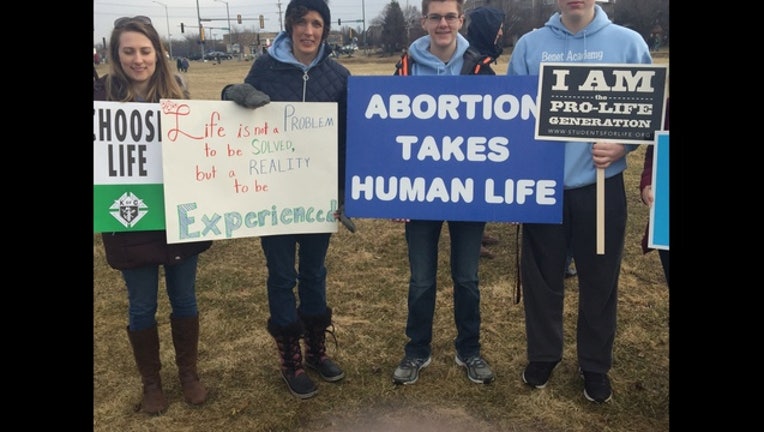 SEATTLE (AP) - Anti-abortion activists emboldened by the new administration of President Donald Trump staged rallies around the country Saturday calling for the federal government to cut off payments to Planned Parenthood, but in some cities counter-protests dwarfed the demonstrations.

Thousands of Planned Parenthood supporters, many wearing the pointy-eared pink hats popularized by last month's women's marches, turned out for a rally in St. Paul, Minnesota, separated by barricades from an anti-abortion crowd of a couple hundred people. In Detroit, about 300 people turned up outside a Planned Parenthood office, most of them supporting the organization. In St. Louis, about 150 abortion opponents slightly outnumbered a group carrying pink signs that read, "I stand with Planned Parenthood."

"They do a lot of work to help women with reproductive health - not just abortions, obviously - but they help with birth control and cancer screenings and counseling and a whole variety of services, and it seems they're under attack right now, and that concerns me greatly," said Kathy Brown, 58, a supporter of the organization who attended the St. Paul rally.

Andy LaBine, 44, of Ramsey, Minnesota, rallied with abortion opponents in St. Paul. LaBine, who was there with his family, said he believes Planned Parenthood is hiding "under a veil of health care."

"I personally believe that abortion is a profound injustice to the human race," LaBine said.

Federal dollars don't pay for abortions, but the organization is reimbursed by Medicaid for other services, including birth control and cancer screening. Anti-abortion conservatives have long tried to cut Planned Parenthood funds, arguing that the reimbursements help subsidize abortions. Planned Parenthood says it performed 324,000 abortions in 2014, the most recent year tallied, but the vast majority of women seek out contraception, testing and treatment of sexually transmitted diseases, or other services including cancer screenings.

The nonpartisan Congressional Budget Office says defunding plans would cut roughly $400 million in Medicaid money from the group in the year after enactment and would result in roughly 400,000 women losing access to care. Republicans would redirect the funding to community health centers, but Planned Parenthood supporters say women denied Medicaid services from Planned Parenthood may not be able to find replacement care.

Outside a Planned Parenthood clinic in the Dallas suburb of Plano, about 20 anti-abortion protesters gathered - a few more than a typical Saturday, attendees said. They bore signs reading "Abortion Kills Children," ''Pray to End Abortion" and "Men Regret Lost Fatherhood."

Maria Nesbitt, 47, participated along with her husband and daughters, ages 5 and 3, and said she was pleased about Trump's election and the prospect of cutting Planned Parenthood's funding. She and the girls held signs saying "Pray to End Abortion," though she said they're too young to understand what it means.

Nearby, Anthony Hodgson, 57, held a sign with the same message.

In Detroit, Jill Byczek, 59, said she felt empowered after attending the recent women's march in Washington. Wearing a pink shirt that said "My Body My Choice," she said Planned Parenthood stands for "so much more" than abortion services.

"This is a way women get educated, get protected," she said. "This shows people are upset about what's happening. ... We are scared. We are worried. We have a person in power who's against us." 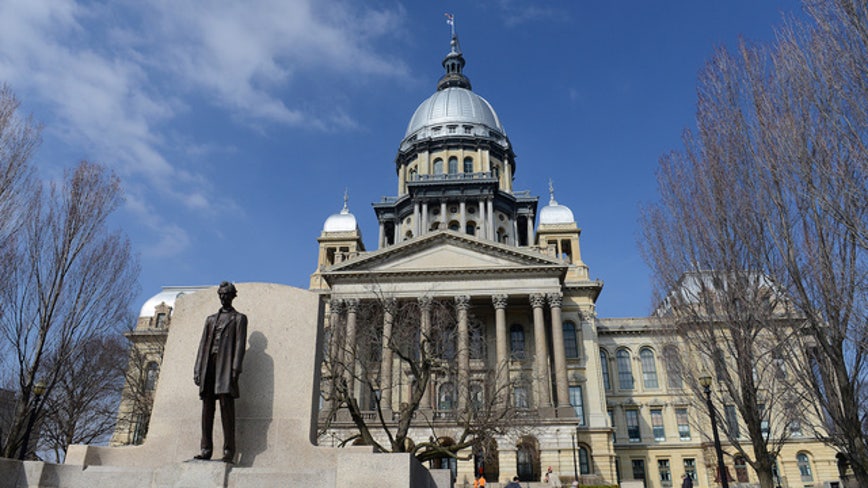