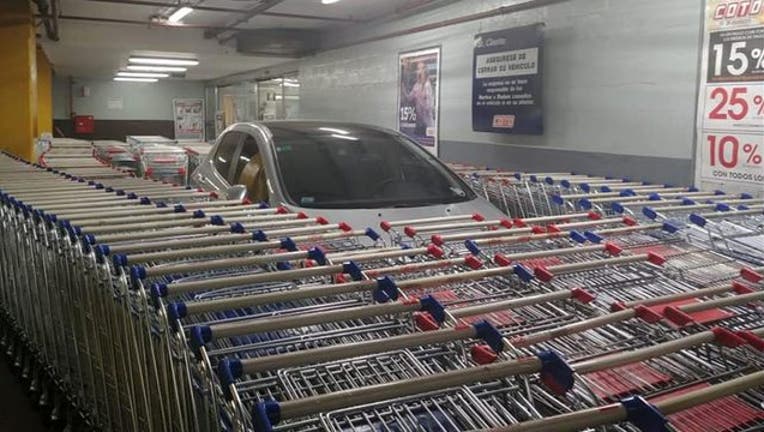 Disgruntled employees at a supermarket in Argentina got their revenge over the weekend on a driver who parked in the wrong spot.

Facebook photos, posted by Arnold Angelini, that have since gone viral set the scene Sunday night at the Coto supermarket in Temperley, a neighborhood in greater Buenos Aires.

A driver had decided to park their grey Peugeot 208 in a spot where the shopping carts usually go. In apparent retaliation, employees played a prank and surrounded the vehicle with dozens of carts.

“The truth is someone has to be a moron to have parked in the section for ‘shopping charts’,” Angelini said in a Facebook post. “You can’t be such an SOB and leave it anywhere. You can tell that no one respects nothing much less an undue place.”

He added: “Applause to the employees who left the vehicle closed off.” 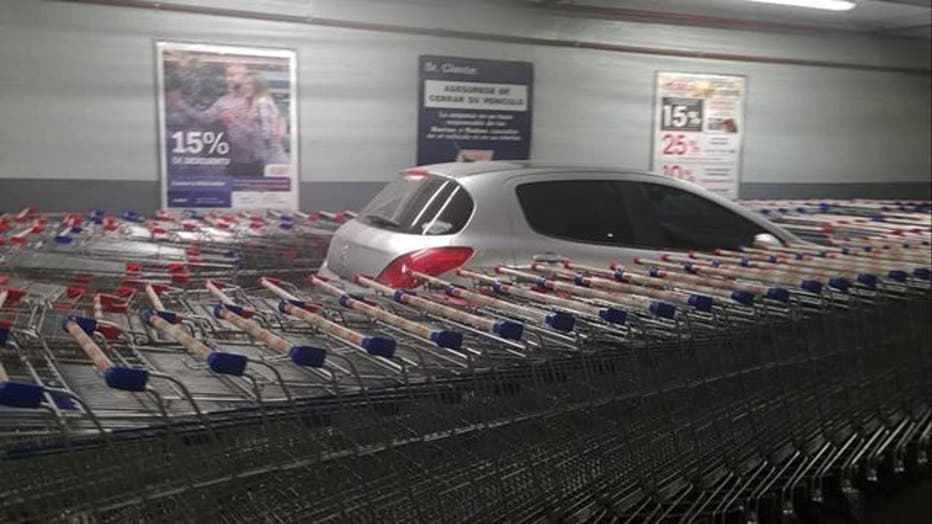 The post has been shared more than 6,300 times since it was posted Sunday.

Angelini told local media that he had gone to the supermarket to go to the movies nearby. He said he came across the scene after leaving the theater around 11 p.m.

“What I saw generated surprise and indignation because I said ‘park wherever’,” he said. “The weird thing is that the car was really badly parked and the (shopping carts) were put later. He parked wherever he wanted.” 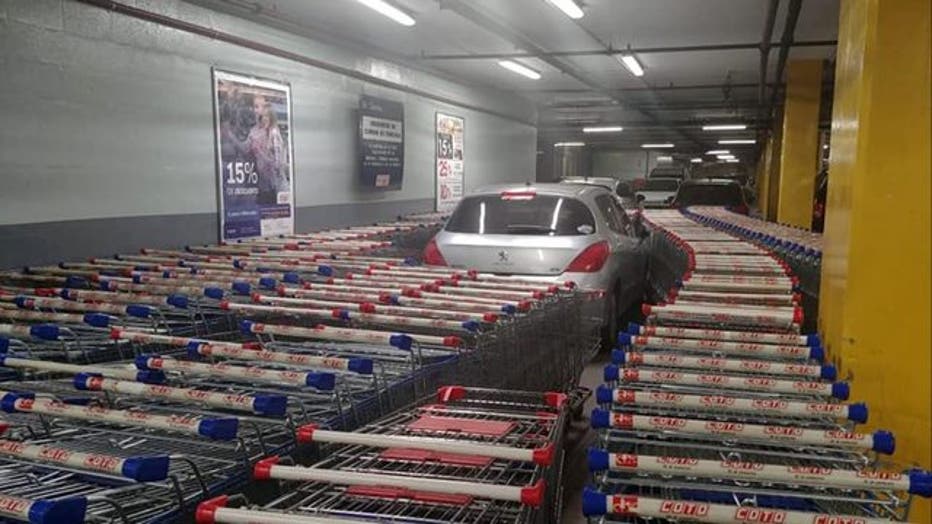 Angelini said he understands not finding parking, but that the “most laudable” thing was the employees’ actions.

“It is their job and they are tired of the same thing happening to them,” he added.