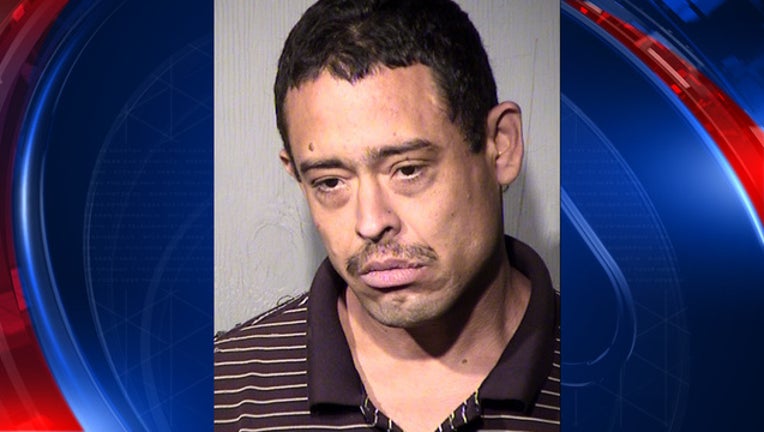 PHOENIX (FOX 10) -- A man was arrested after police found a dog that had choked to death in his home's front yard -- and the 1-year-old German Shepherd was left unattended for seven hours.

According to court paperwork, the dog, which was wearing a chain-style collar, was tethered to a pole, along with a cloth leash. A bolt snapped, and the collar and leash became wedged between two wooden slats at a height the dog was unable to stand, causing him to struggle and die due to strangulation from the collar.

When officers arrived at the scene near 11th and Apache streets on Sunday, "Blood was observed on the fence in the vicinity of the canine's head and visible signs of rigor mortis were present in the front limbs and neck of the animal."

No water, food or covered shelter was available during the time the dog was unattended.

Police say Ruben Ezekiel Garcia, 30, surrendered the dog's corpse to the Arizona Humane Society, which will conduct a necropsy.

In the court paperwork, police say while Garcia was being escorted to a patrol vehicle by officers, a glass pipe was found in his pocket. The pipe was discolored and consistent with ones commonly used to smoke methamphetamine, per police.

Garcia was booked into the 4th Avenue Jail. He was charged with one count of animal cruelty and one count of drug paraphernalia possession. His next court date is May 29.