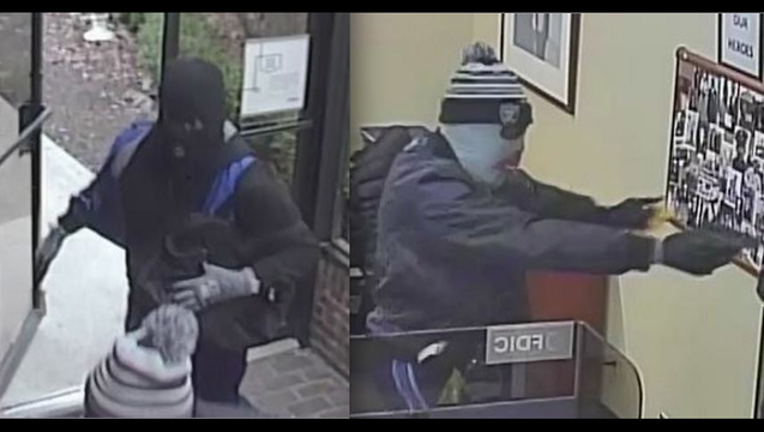 About 2 p.m., two people entered the U.S. Bank branch at 2600 E. Sauk Trail wearing hats and masks and armed with handguns, according to a statement from Sauk Village police.

They demanded cash from the tellers and jumped over the counters to take cash from the drawers, police said. They then drove away southbound on Torrence Avenue in a silver Chevy Impala that was waiting for them.

The vehicle was later found burned out on a side street in Dyer, Indiana, police said.