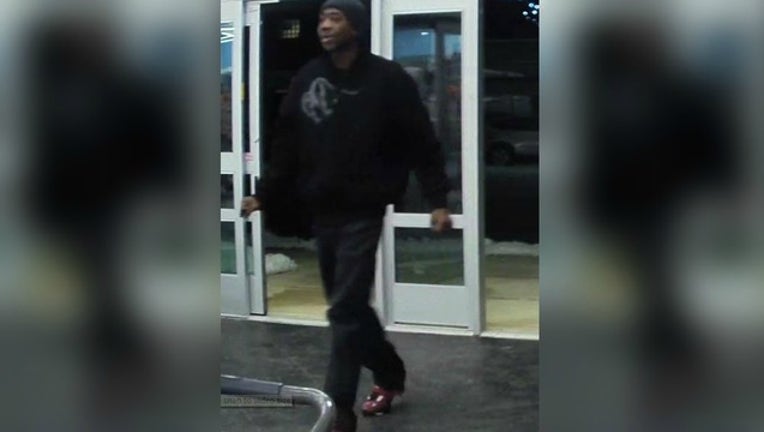 Surveillance image of the suspect in an armed robbery at a Park Ridge pharmacy Thursday evening. | Park Ridge police

Officers were called to the 800 block of Devon Avenue in Park Ridge at 5:21 p.m., according to Park Ridge police. A Walgreen’s pharmacy is located on that block.

A clerk told them a man had entered the store, walked up to the pharmacy counter, pointed to a bottle of prescription narcotics and told the clerk to hand them over.

When the clerk said the man needed a prescription, he pulled up his shirt to show a handgun tucked into his waistband and said he didn’t want to hurt anyone, police said. The clerk handed the medicine over and the suspect ran out of the store southbound.

He was described as a black man in his late 20s, according to police. He was last seen wearing a black winter hat, black jacket, baggy black pants and red-and-white gym shoes.

Anyone with information should call Det. King at the Park Ridge Police Department at (847) 318-5252.