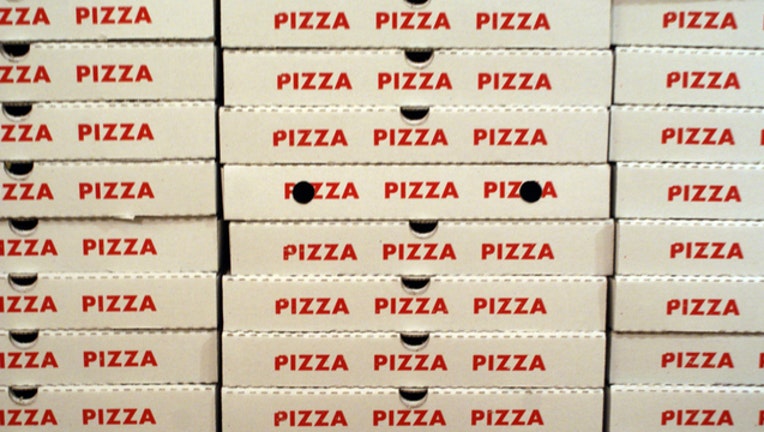 During both armed robberies the suspect entered the businesses carrying a pizza box, Chicago Police said. The suspect then pulled out a handgun, announced the robbery and stole money from the register and customers inside.