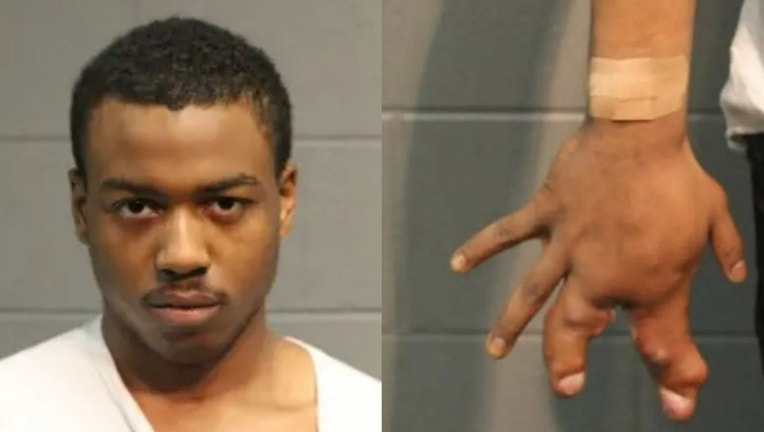 OAK LAWN, Ill. - An arrest warrant has been issued for a Chicago man who was allegedly involved in the attempted carjacking of a mother in Oak Lawn earlier this year.

Jerome D. Fears, Jr, 20, is wanted by authorities in connection to the crime that occurred on April 18.

According to the Patch, Fears is roughly 5'5 and has a deformity to his right hand. He should also be considered armed and dangerous.

A witness looked outside after hearing a loud noise and described seeing three male subjects next to his neighbor's 2014 Jeep Grand Cherokee, police said.

The witness then shined a light at the offenders, and at that time, one or more of the subjects began firing shots from a handgun at the witness.

After shots were fired, the offenders got into a blue Mercedes SUV that was parked on the street and fled eastbound on 99th Place at a high rate of speed before striking a tree on the parkway of the Oak Lawn Hometown Middle School, police said.

The Mercedes was previously reported stolen to the Chicago Police Department.

After striking the tree, four offenders attempted to carjack a mother who was driving south on Minnick Avenue with her small child shortly after the crash, police said.

The offenders approached her, one of which pointed a handgun at her while another attempted to open the passenger side door of her vehicle.

She accelerated her car and was able to escape unharmed, police said.

Other suspects involved in this crime are still being sought by police.