Following Tuesday's historic touchdown on the asteroid Bennu, NASA has released never-before-seen images of the OSIRIS-REx spacecraft kicking up rocks and debris on the space rock's surface. (Credit: NASA via Storyful)

The 2008 GO20 asteroid is between 318 and 720 feet tall (220 meters) and has drawn comparisons to a number of famous world structures to convey just how big it is, including the Taj Mahal and the Great Pyramid of Giza.

The asteroid is hurtling through space at 18,000 miles an hour and came within 2.8 million miles to Earth, which places it in the "Apollo," which is a near-Earth designation. NASA was closely monitoring the asteroid’s progress. 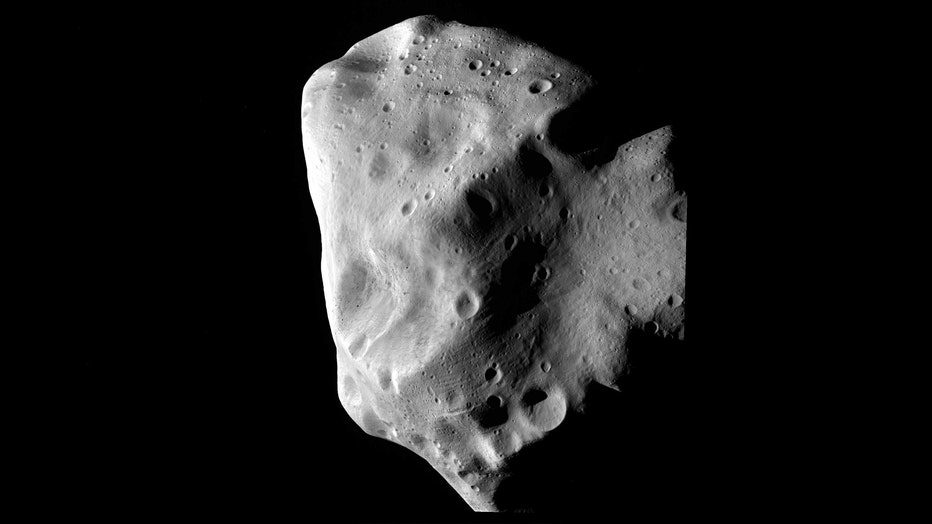 The distance is not much to worry about, though: An asteroid passed some 1,830 miles over the Indian Ocean in Aug. 2020, Space.com reported.

The distance can shrink, though, due to the gravitational pull of planets as asteroids pass through the solar system. The concern would, however, lay with a future collision rather than any worry over Sunday’s passage.

Asteroids are the remains of leftover debris from the solar system’s formation, so the various odd-shaped rocks circulate within the system and pass by the Earth from time to time.