After losing her son to COVID-19, Christy Carpenter and her family are encouraging hesitant people to get the vaccine — if not for themselves, then for the people around them.

LONDON - AstraZeneca said Thursday that it intends to seek U.S. approval for its COVID-19 vaccine later this year, further delaying the application even as the company announced it had already delivered more than 1 billion doses to other countries.

The Anglo-Swedish drugmaker said the application has been delayed because it has decided to ask the U.S. Food and Drug Administration for full regulatory approval, rather than the fast-track emergency use authorization originally anticipated. As part of this "biologics license application," the FDA has requested extensive data from clinical trials around the world, as well as data on real world use of the vaccine.

"We have an enormous amount of data, clinical data and all of the data coming from the work we’ve done around the world,″ AstraZeneca CEO Pascal Soriot said on a conference call with reporters. "A BLA is a much bigger submission than the emergency use approval."

AstraZeneca has promoted its relatively cheap, easy-to-handle shot as a "vaccine for the world" and has already received authorization from more than 170 countries. The company, which has promised to deliver the vaccine on a non-profit basis throughout the pandemic, says it provided about 90% of the doses distributed by the COVAX facility for low- and middle-income countries in the first half of the year.

AstraZeneca is the second drugmaker to say it has delivered more than 1 billion doses of COVID-19 vaccine, following U.S.-based Pfizer’s announcement on Wednesday.

Oxford University scientists who developed the AstraZeneca vaccine applauded the company and its partners for reaching the landmark but noted that most people around the world haven’t been inoculated against a disease that has already killed more than 4.1 million people worldwide.

"There is still so much to do, and all in the supply chain are pushing on knowing the next billion people are still waiting for their doses," said Andrew Pollard, director of the Oxford Vaccine Group.

Plans for AstraZeneca’s U.S. application are being closely watched because the timetable has slipped in recent months. When AstraZeneca released data from its U.S. vaccine trial on March 22, company officials said they expected to seek FDA authorization in April. 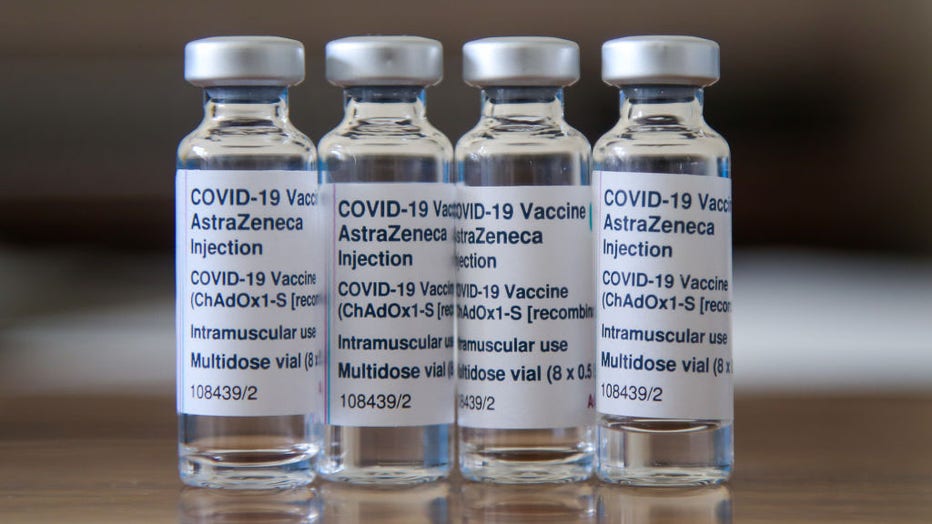 Among the concerns AstraZeneca will have to address are reports that the vaccine may be linked to rare blood clots, which have caused some countries to limit its use in younger people.

While the U.S. is currently "well supplied" with vaccines, AstraZeneca believes its shot could "play a role in the future," Soriot said.

"It’s a good vaccine, and we just want to make sure it’s ready to be used if needed," he said.

AstraZeneca said Thursday that sales of its COVID-19 vaccine generated $1.17 billion in revenue during the first six months of the year. By contrast, Pfizer reported $11.3 billion of revenue from its vaccine during the same period.

When asked about Pfizer’s results, Soriot said he had no regrets about AstraZeneca’s strategy.

The vaccine was developed by Oxford University researchers, who licensed the technology to AstraZeneca to tap into the company’s global manufacturing and distribution capacity. AstraZeneca, in turn, authorizes other companies to produce the shots around the world.

Despite complaints from the EU about its vaccine supply, the 27-nation bloc received more doses directly from AstraZeneca than any other single entity in the six months through June.

Ruud Dobber, president of AstraZeneca's BioPharmaceuticals business unit, said the company is working with the EU to resolve the bloc’s concerns and avoid a protracted legal dispute.

"We don’t think it’s useful for both parties to continue this," he said. "And I’m very hopeful that in the next few weeks we will come to an agreement."