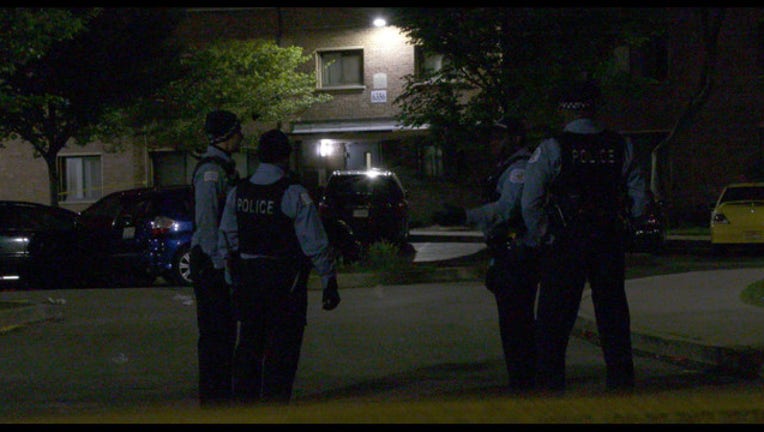 CHICAGO (Sun-Times Media Wire) - From midnight to sunrise Sunday, at least 10 people were victims to gun violence in Chicago.

Among the wounded was a 25-year-old woman who was shot while she was walking in the Wentworth Gardens neighborhood on the South Side.

The 25-year-old was walking about 3:30 a.m. in the 3800 block of South Princeton, where she heard gunfire and realized she was shot, Chicago Police said. She was taken to Mercy Hospital with a gunshot to her arm. She wasn’t sure where the shots came from, and police were unsure if she was the target of the shooting. Area Central detectives were investigating.

At about the same time, a 30-year-old man was shot in the West Side Austin neighborhood. The man was standing in the middle of the street in the 4800 block of West Fulton Street when someone started shooting at him, police said. The man was struck twice in his torso and once in his back. Paramedics took him to Stroger Hospital, where his condition stabilized.

About 3 a.m., a man was shot in the Lawndale neighborhood on the Southwest Side. The 25-year-old was shot inside a business in the 3900 block of West Roosevelt Road, according to police. Officers arrived to the scene and found him sitting outside in a friend’s vehicle with a gunshot wound to his shoulder. He was taken to Mount Sinai Hospital in good condition. The man refused to provide details about the shooting.

A 40-year-old man was in critical condition after he was shot about 2 a.m. in the Woodlawn neighborhood on the South Side. The man was approached by two people who shot him in the 6300 block of South King Drive, police said. Officers found the man facedown with gunshot wounds to the head, arms and legs. He was taken in critical condition to University of Chicago Medical Center.

A driver crashed their vehicle into a pole about 12:50 a.m. after they were shot in the South Side Englewood neighborhood. A 29-year-old man was driving in the 5600 block of South Racine when someone in a passing car fired shots and struck him in the arm and abdomen, police said. The man then crashed into a pole. Paramedics took him to University of Chicago Medical Center in serious condition.

Within the hour after midnight, three men were shot in Lawndale. The men were standing outside a home in the 1500 block of South Kenneth Avenue about 12:50 a.m., when someone started shooting from across the street, police said. All three were hit with gunfire, and were taken to Stroger Hospital by paramedics.

In Sunday’s first reported shooting, two men were wounded when they were driving in Austin just after midnight. The men, ages 30 and 35, were driving in the 900 block of North Lorel when a car passed them and someone inside fired shots, police said. Both men were shot in their lower backs and were taken in serious condition to Stroger Hospital.