ATHENS, Ga. - A well-known artist in Athens has become a victim of a crime for the second time in less than six months.

The artist became victim to a crime for the second time in less than six months.

Artist Michael Davenport has no hands and paints with his mouth usually on Atlanta Highway in Athens. He's known for his UGA-inspired artwork.

Davenport says a police officer and his wife built a special donation bin for him to use while he paints. On Wednesday, when he was working by the Academy Sports, he needed to use the restroom. He went into a nearby CVS and that's when tragedy struck.

"I went to use the bathroom in the CVS, and when I came back, and that's when the shock hit me," he said. 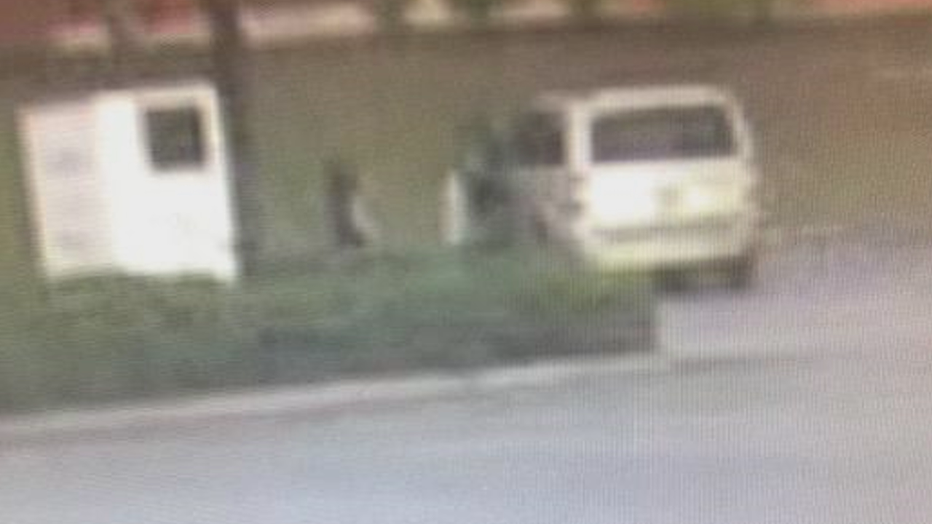 The thieves who stole paintings, his donation bucket, and art supplies took off in this gold van.

Thieves grabbed the bin, his art supplies, and several paintings worth hundreds of dollars. The thieves then took off in a gold van.

"I'm hurt. I'm torn up inside, but I know the good Lord will give me the strength and courage to get back out here," Davenport said.

The heartless theft comes just a few months after the artist was brutally assaulted by a man who hit him in the head with a bottle.

"I do have to sit down now because of that," he said. "My body been through so much and I thank God every day I'm able to get out do what I do to motivate people."

The attacker also hit him in the leg, which is still healing today. 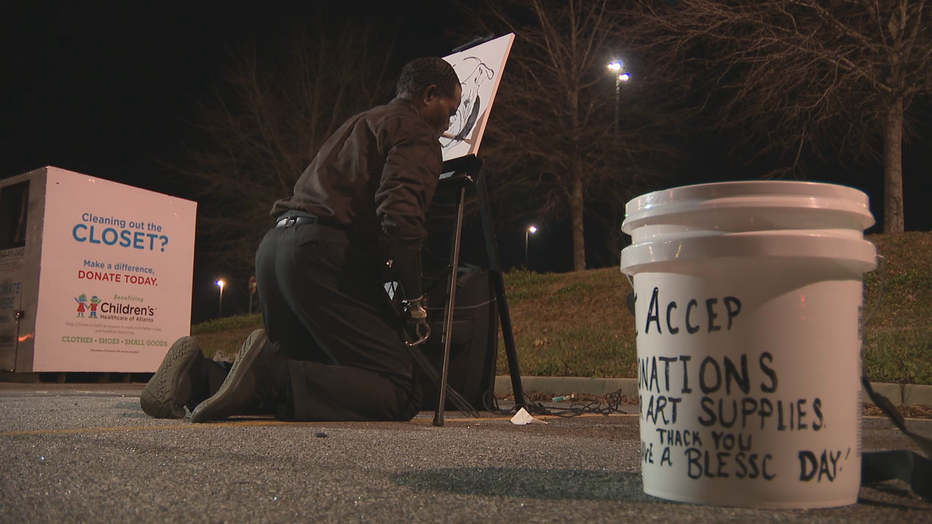 This is the second time in six months Michael Davenport has been the victim of a crime.

Both the assault and cruel theft have set Davenport far behind on getting the paintings to fans.

"I ask them please understand sometimes it's not my fault and I don't know if I'm having bad luck or whatever, but I know I'm tired of it, Lord I am," he says.

Davenport says he prays his customers will forgive him and for those who wronged him to hear this message:

"You never know what a person's going through when you take something from that person," he said. "They may still be hurting from something before like I am." 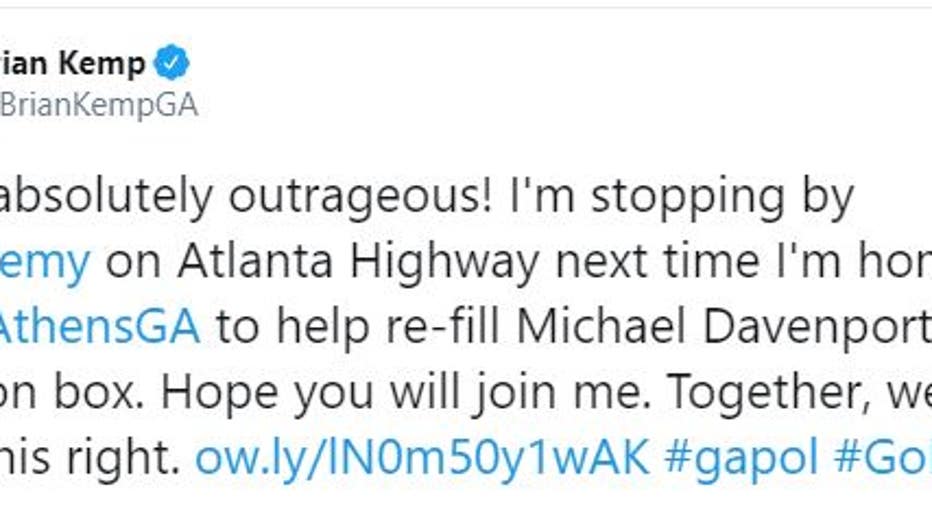 Gov. Brian Kemp even tweeted his support to Davenport asking the community to join in and support this local artist.

Davenport said he knows he will never see that money again, but he is hoping the donation box will be returned.