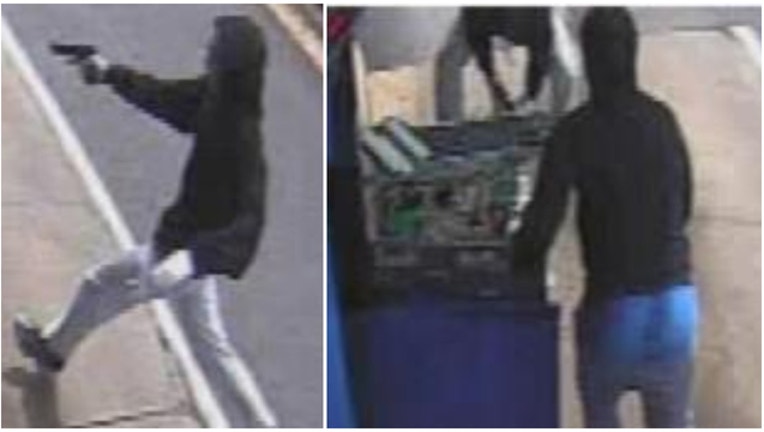 Surveillance image of a suspect in an ATM robbery June 28 outside a Chase Bank at 1783 River Oaks Drive in Calumet Heights. | FBI

About 2:15 p.m., the two suspects robbed the ATM outside of the Chase Bank branch at 1783 River Oaks Drive in Calumet City, according to the FBI.

Anyone with information was asked to call the FBI Chicago field office at (312) 421-6700. The FBI is offering a reward of up to $1,000 for information that leads to an arrest.

The same ATM was previously robbed by two armed male suspects in May.