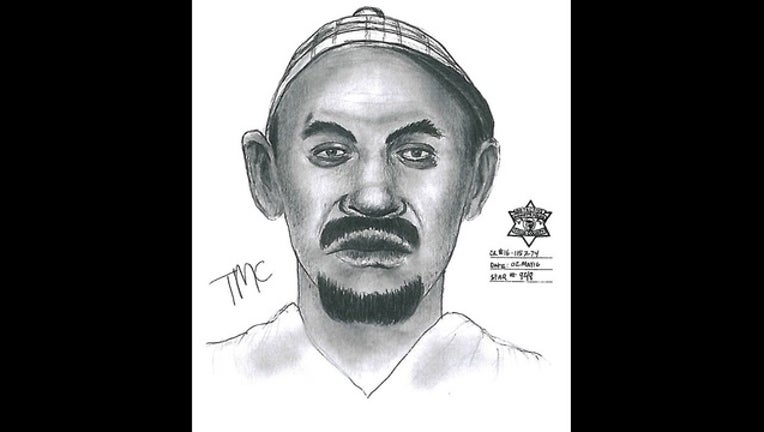 At approximately 9 a.m. today a man holding what appeared to be a knife called out “Come here” to a 10-year-old boy near the 10000 block of Holly Lane, according to the Sheriff’s Police report. The boy had missed the school bus and was returning home when he encountered the man. The boy ran home. The man left the area on foot.

The man is described as a Middle Eastern or Black, in his 40s with dark brown eyes, black hair, dark brown complexion, approximately 5’10” to 6’ tall and approximately 190 to 210 pounds. He has a birthmark or a blemish above his eyebrow. He wore a plaid Kangol type hat and a tan trench coat.