Alderwoman Susan Sadlowski Garza told the Chicago Sun-Times on Monday that she has been talking to city officials about removing the statue that stands in an intersection in the South Chicago neighborhood.

“I’m looking to take it down as soon as possible,” she said.

Her comments came after the removal of one Columbus statue in Little Italy and another in Grant Park that protesters had tried to topple earlier in the month. Sadlowski Garza said the one in South Chicago may have escaped the kind of attention that the other two statues garnered simply because not nearly as many people visit that area of the city as they do Little Italy and Grant Park.

“There’s a lot of people that never venture this far south in the city,” said Sadlowski Garza. 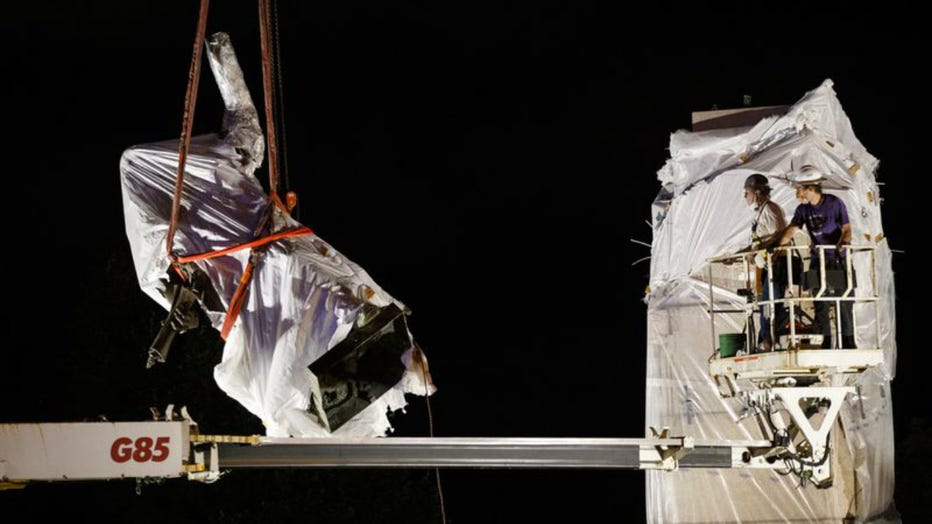 A spokeswoman for Mayor Lori Lightfoot didn’t say whether the mayor plans to order the removal of the statue. The mayor’s office has said she ordered the other statues “temporarily” removed after receiving troubling intelligence that something could happen to them. Her office told the Sun-Times that the city will soon be “announcing a formal framework to assess statues in partnerships with our local communities.”

Columbus has been a polarizing figure for years, with Native American advocates pressing for years to change Columbus Day to Indigenous Peoples Day over their concerns that the 15th century explorer spurred centuries of genocide against Indigenous people in the Americas. In recent weeks, Columbus statues across the country were targeted during protests over the death of George Floyd, a Black man who died May 24 after a white Minneapolis officer pressed his knee into Floyd’s neck for nearly eight minutes.

Some Italian Americans have decried the removal of the statues, saying that their heritage is being attacked.

“He (Columbus) represents Italian Americans’ heritage,” said Frank Coconate, who attended a protest over the weekend near a now-empty pedestal where a Columbus statue once stood in Little Italy and is helping organize another protest on Tuesday. “And by taking these statues down it is just an attack on Italian Americans.”