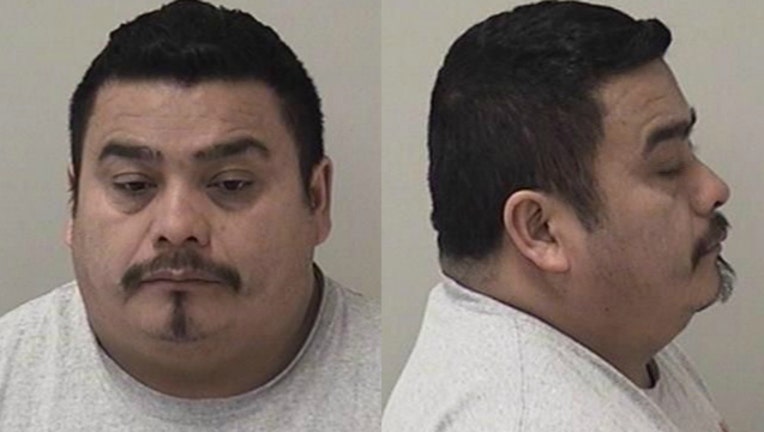 SUN-TIMES MEDIA WIRE - A west suburban man at the center of one of the biggest heroin seizures in Kane County history received the maximum prison sentence Friday.

Modesto Alarcon, was sentenced Friday to 60 years in prison by Judge Donald M. Tegeler Jr., according to a statement from the Kane County state’s attorney office.

In April 2014, Aurora police and Department of Homeland Security Investigations agents conducted a search of Alarcon’s home in the 1000 block of Grove Street in Aurora, prosecutors said. The agents found and seized more than eight kilograms of heroin, $84,000 in cash, a handgun, ammunition and items consistent with drug distribution.

Authorities estimated the heroin’s street value at $1.3 million, prosecutors said. He faced a minimum sentence of 15 years in prison.

According to Illinois law, Alarcon must serve at least 75 percent of his sentence, the statement said. He will receive credit for 1,062 days served in Kane County Jail, where he has been held since his arrest.

Alarcon’s $15 million bail was revoked upon conviction, prosecutors said. He was also ordered to pay a $1.3 million fine, the estimated value of the heroin.

“This 60-year sentence, the maximum allowed by the law, makes it clear that the community has no tolerance for heroin and other dangerous, addictive and deadly drugs. We have seen far too many lives tragically ended or ruined by heroin,” Kane County State’s Attorney Joe McMahon said in the statement.