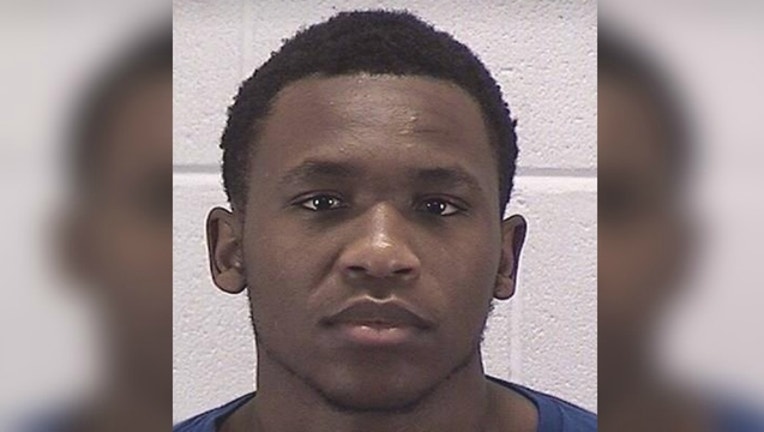 Ellis Burns is wanted on a $5 million warrant in Kane County on a “litany” of charges that he sexually abused teenage girls, according to Aurora police.

An “acquaintance” of Burns, 23-year-old Dametrius D. Thornton of Oswego, was being held at the Kane County Jail on $750,000 bail after being charged with three counts of aggravated criminal sexual abuse, intimidation, two counts of soliciting a child, five counts of distributing explicit material to a minor and electronic harassment, police said.

Police said they believe there are more victims of the two men who have not come forward and are urging anyone with information to contact officials.

Crime Stoppers was offering a reward of up to $5,000 for information leading to the arrest of Burns, police said.