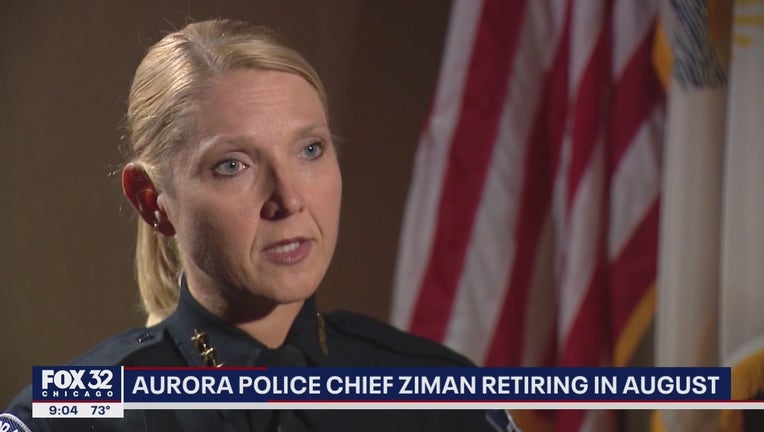 Ziman has been with the Aurora Police Department for 30 years.

"It has been the most incredible privilege and honor of my life to serve as your police chief, and no matter where my journeys take me, Aurora will always be my home," Ziman wrote.

A graduate of West Aurora High School, Ziman was hired in 1991 as a police cadet when she was 17-years-old. Three years later, she was sworn-in as an officer, according to her biography on the city's website.

"My career has been a journey of peaks and valleys and the worst day of my professional life was the mass shooting where five people were killed, and five of my officers were shot. The second worst day of my career was when a peaceful protest turned violent, and our downtown was looted and burned. Those moments were excruciating, but they made our police department and our community more resilient because iron sharpens iron," Ziman wrote.

Ziman worked in patrol, field training, community policing and investigations before being promoted to sergeant in 2003. She later served as lieutenant, then commander, before being named the top cop of the state's second-largest city in 2016.

Ziman wrote she is taking time to figure out "exactly what is next" in her career.