Officials released the seven minute video Wednesday afternoon of the June 21 attack after an officer tried to pull over a car for running a stop sign near the intersection of Plum Street and Randall Road, according to Aurora police.

The suspects' vehicle then pulled into a driveway located in the 600 block of North Elmwood Drive and began yelling obscenities at the officer, according to police.

The video shows the moment the occupants of the car fail to comply with the officer's order to remain in the vehicle.

A female passenger is seen in the video exiting the vehicle. While the officer orders the woman to return to the car, the male driver also exits the vehicle and approaches the officer at the rear of the car and threatens to fight him.

The officer informs the driver and the female that he is also under arrest for obstruction. The male driver is then seen running away, and the officer runs after him. The two female passengers run after the officer and allegedly begin striking the officer with their fists and kicking him.

Aurora police say the officer was struck repeatedly in the head and body and was then strangled by a female passenger to the point where the officer lost consciousness.

"A minor infraction that likely would have resulted in a citation at most turned into an officer fighting for his life," said Aurora Police Chief Kristen Ziman. 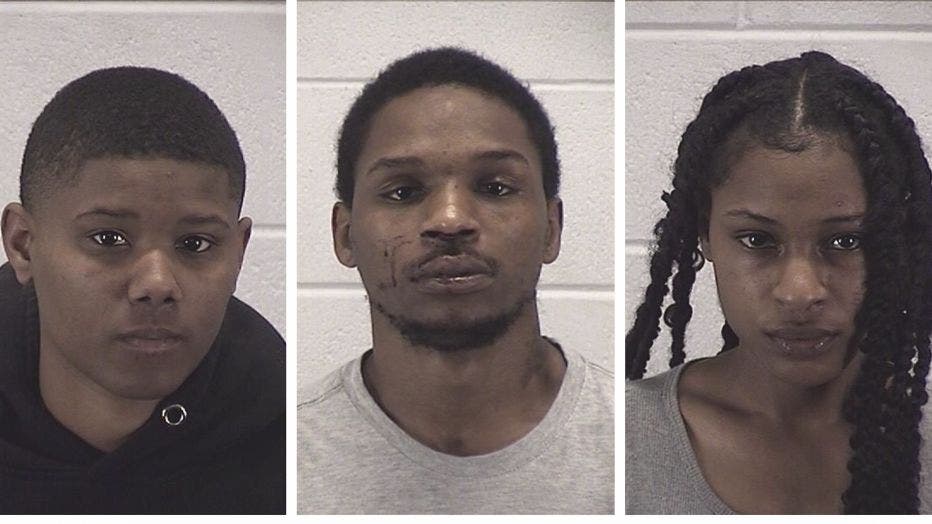 A short time later, the video shows additional officers arrive on the scene and place the subjects into custody.

"Because of the strangulation and because of the research that we know about how quickly it is for somebody to lose their life as a result of somebody preventing them from being able to breathe, we believe that the proper charge was attempted first degree murder," said Jamie Mosser, Kane County State's Attorney.

All three suspects are out on bond and are due back in court for their arraignment on September 24.