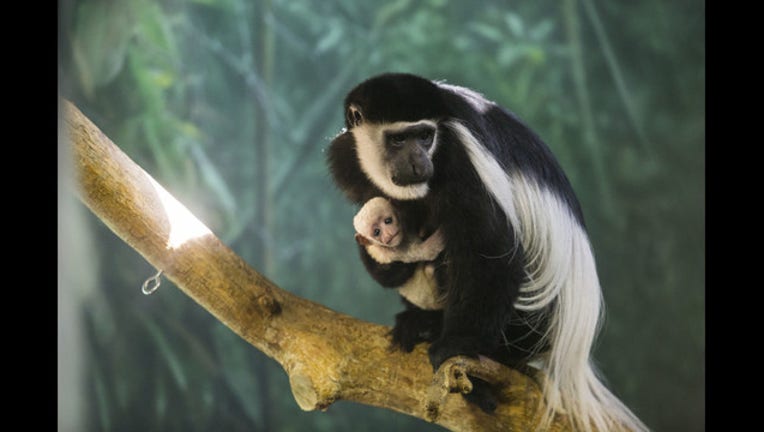 CHICAGO (STMW) - You might not recognize the new bundle of white fur at Lincoln Park Zoo as a colobus money, but in a few months it will develop its distinctive black and white coloring.

The infant was born Sept. 15, but gender and measurements haven’t been determined because the baby is clinging tightly to its mother, according to a statement announcing the zoo’s newest addition.

The baby joins its mother Kutaka, 11; father Keanjaha, 21; and two other adult colobus monkeys on exhibit. The last colobus birth at the zoo was Kutaka in 2004. The new infant is the first for its parents.

“As a first time mother, Kutaka is doing well caring for her young and is keeping the infant tucked close to her chest,” curator of primates Maureen Leahy said in the statement.

At birth, colobus monkeys have white hair and pink skin, according to the zoo. Around three weeks, the baby’s face and ears start to darken until it is black and white around 3-4 months old. Colobus monkeys are native to Africa and are usually found in the uppermost canopy of tropical forests.

The baby is on display daily at the Helen Branch Primate House from 10 a.m. to 3 p.m.