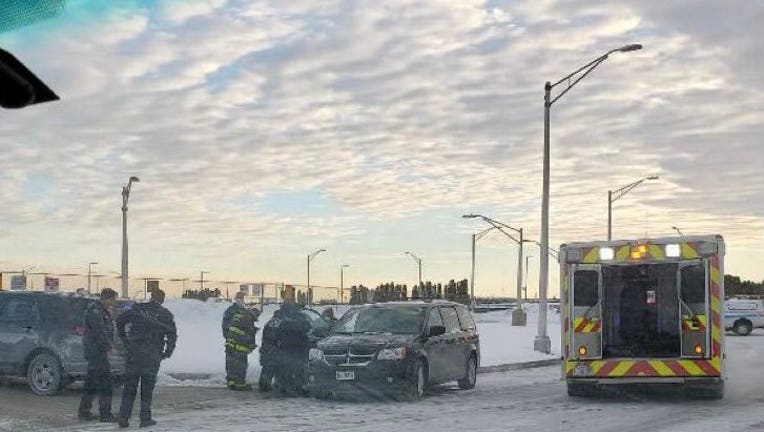 CHICAGO - A woman made an unexpected delivery on Valentine’s Day outside O’Hare International Airport.

A Chicago police officer thought he spotted a stranded motorist shortly after 7 a.m. and went to investigate, but instead heard a driver yelling, "The baby’s coming out!"

The officer called for paramedics, but the baby was already crowning and couldn’t wait for transport to a hospital, according to police spokesman Michael Carroll.

"The officer was at the right place at the right time and was able to deliver a healthy baby boy," Carroll said.

The mother, a 34-year-old Wisconsinite, and baby were taken to Resurrection Hospital by the Chicago Fire Department, where they’re both "doing great," Carroll said.

The childbirth happened near Bessie Coleman Drive and Balmoral Avenue.

The officer, a 25-year veteran about two weeks from retirement, declined to speak with the media, saying he’d prefer to leave the spotlight on the mother and son, Carroll said.

"Congratulations to the new mother and Happy Birthday to the newborn baby boy," Carroll said.