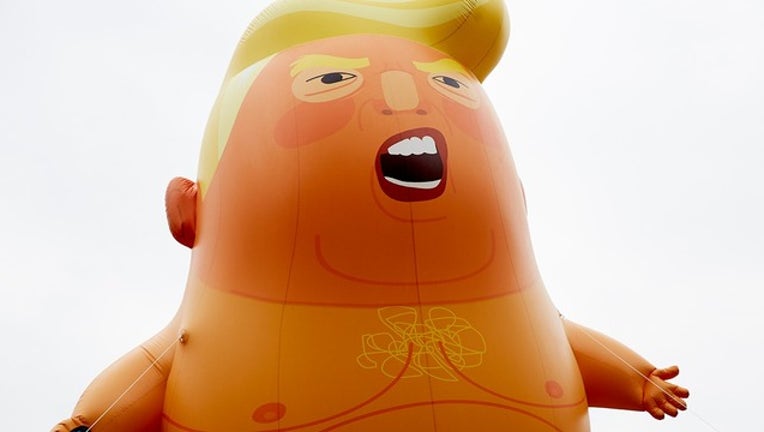 ORLANDO, Fla. (FOX 35 ORLANDO) - A giant 'baby Trump' balloon is coming to town for the President's event on Tuesday night.

According to a GoFundMe page, the baby Trump balloon is coming to Orlando for the President's re-election announcement on Tuesday.

The baby Trump balloon will be at the 'Win With Love' rally on Tuesday. This rally is being held between 5 p.m. and 7:30 p.m. at Stonewall bar just down the street from the Amway Center. The organizers of the protest expected a couple thousand people to attend.

Over $3,895 was raised to bring the baby Trump balloon to Orlando. Only $2,500 was needed to do so. The additional funds will go towards interpretation services, permitting costs, and water.

Several other protests are planned around the city.

Heavy traffic delays and road closures are also expected. Officials recommend the SunRail or other public transportation services for those planning to visit the rally or any surrounding protests. Parking will be very limited.

President Trump is expected to speak at the Amway Center at 8 p.m. on Tuesday.