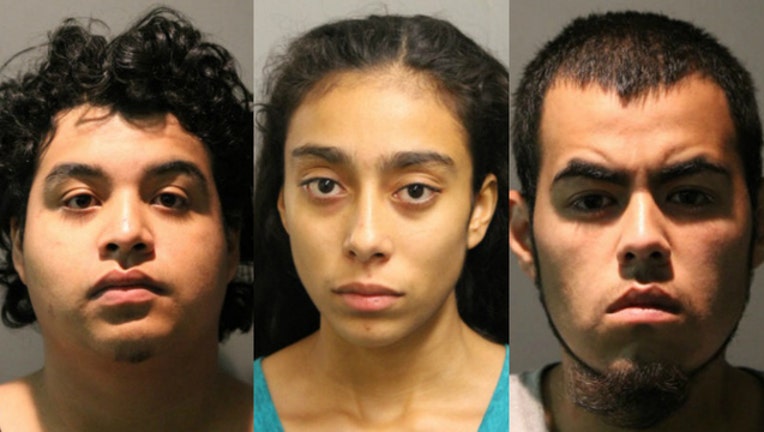 CHICAGO (Sun-Times Media Wire) - Bail was set for four people charged in connection with the stabbing of a woman during an attempted robbery Saturday night in the Garfield Ridge neighborhood on the Southwest Side.

Vanessa Gomez, 18; Erik Solano, 19; Faustino Perez, 21; and a 17-year-old boy each face one count of attempted murder, one count of armed robbery and one count of robbery, all felonies, according to Chicago Police.

A few minutes after 10 p.m. Saturday, the 36-year-old victim was in the 6900 block of West Archer when she refused to give up her cellphone during an armed robbery, police said.

One of the suspects then stabbed her in the abdomen. She was taken to Advocate Christ Medical Center in Oak Lawn, where her condition stabilized.

Detectives learned the suspects may be connected to a previous robbery in which a vehicle was used, and pulled that vehicle over in the 2700 block of South Kostner at 11:51 p.m. Saturday. All four suspects were arrested.

Gomez, Perez and Solano are all next scheduled to appear in court June 13, the sheriff’s office said. Bond information for the 17-year-old was not immediately available.