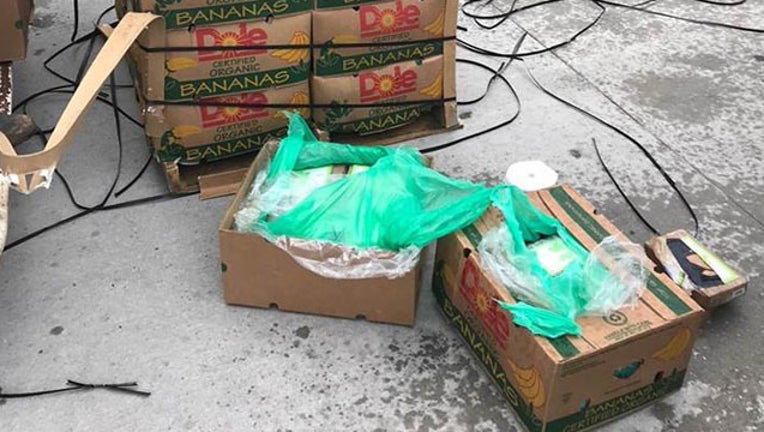 Criminal justice authorities in Texas got more than they expected Friday when a local port donated 45 boxes of unclaimed bananas.

Underneath the fruit, the boxes contained nearly $18 million in cocaine, officials said. Two pallets of bananas were donated to the Texas Department of Criminal Justice (TDCJ), a statement from the department said.

The Ports of America in Freeport, 60 miles south of Houston, offered the fruit to the authorities because no one claimed them, Houston's KHOU-TV reported. The bananas were donated due to being ripe, the TDCJ said, but two sergeants discovered "something not quite right" with the boxes.

When they opened one of the Dole boxes marked with "certified organic bananas," they found bundles containing a white powdery substance underneath the fruit, officials said. The substance tested positive for cocaine. Read more on FOX NEWS.