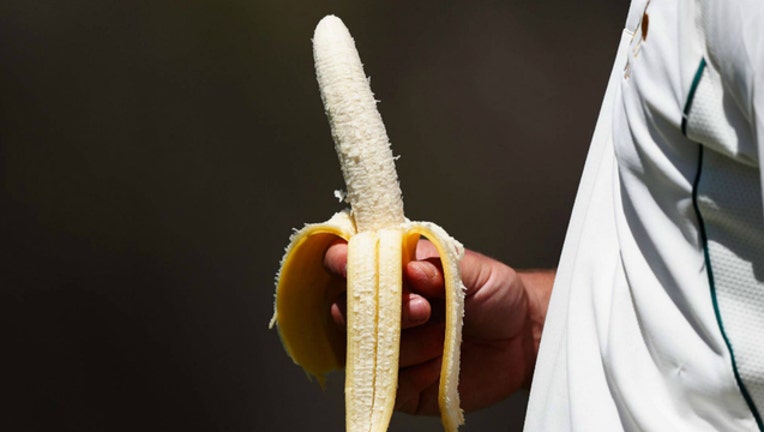 FOX NEWS - Scientists are racing to save bananas from a tropical disease that is threatening crops across the world.

The Panama disease, a type of fungal infection that invades the soil, is currently spreading throughout Africa and Asia. If it makes its way to South America — the biggest supplier of a type of commercially grown banana known as Cavendish — scientists fear it could spell the end for the tasty fruit.

But hope lies deep in the jungles of Madagascar, where lives a wild banana that may be able to save the species.

The Madagascan banana, an inedible fruit with large seeds in the middle of it, is somehow immune to the deadly plant disease.

"It doesn't have Panama disease in it, so perhaps it has genetic traits against the disease," Richard Allen, senior conservation assessor at the Kew Royal Botanic Gardens in the U.K. told the BBC. "We don't know until we actually do research on the banana itself, but we can't do the research until it's saved."

The problem: only five mature banana trees remain in Madagascar.

Hélène Ralimanana, team manager at the Kew Madagascar Conservation Centre, told the news station that it's critical to research the makeup of the Madagascan banana to figure out what genes protect it from Panama disease, which shows no signs of slowing down.

"It is very important to conserve the wild banana because it has large seeds which can offer an opportunity to find a gene to improve the cultivated banana," she told the BBC.

For now, you will likely still see bananas at your local grocery store. But if disease spreads before researchers successfully cross-breed the fruit, then the popular Cavendish banana may be hard to find — and eventually, the fruit could disappear altogether.