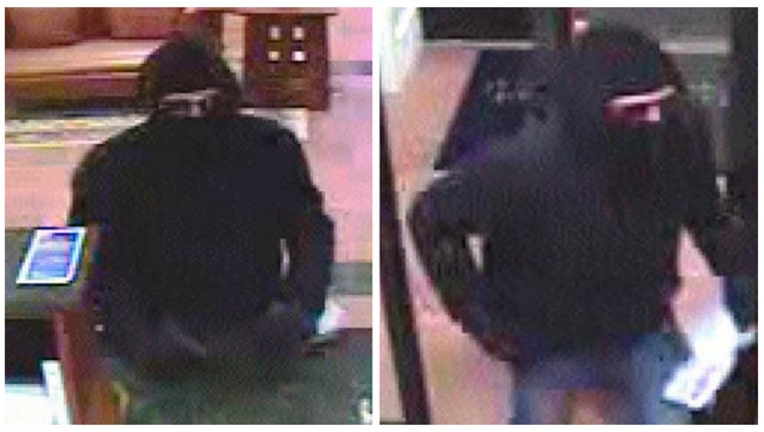 Surveillance photos of the suspect who robbed a Frankfort bank at gunpoint Monday. | FBI photo

The white man, who appeared to be about 50 years old, between 5-foot-8 and 5-foot-11 with a thin build, showed a handgun and was wearing black clothes, a jacket, aviator sunglasses and a black mask, Croon said.