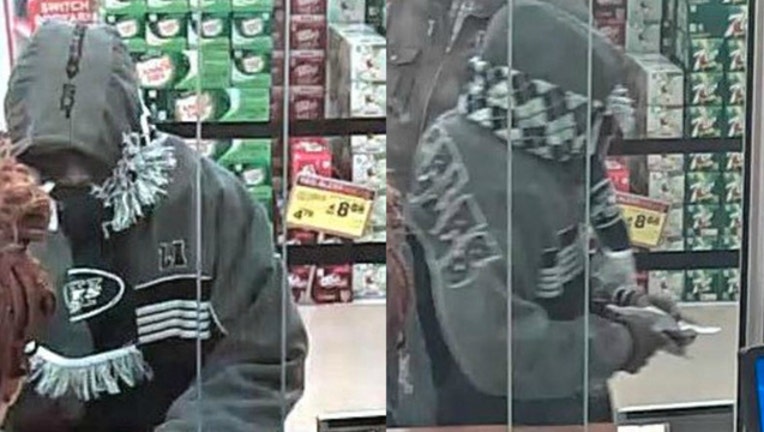 CHICAGO (SUN TIMES MEDIA WIRE) - A man robbed a TCF Bank branch Monday afternoon in the West Chatham neighborhood on the South Side.

The suspect was described as a 30-to-40-year-old black man, standing between 5-foot-4 and 5-foot-5 and weighing between 180 and 200 pounds, the FBI said. He was wearing a gray and black hooded sweatshirt and a dark green Jets scarf.