How to avoid burnout while working from home

Dr. Alexandra Solomon talks about ways to dodge burnout brought on by working from home.

CONCORD, N.H. - Politically active pets are out of luck in New Hampshire, where some lawmakers say they have been told to keep their cats and dogs out of the room when they log on for remote hearings.

Rep. Anita Burroughs, a Democrat from Glen, said her cats, Yoshi and Jack, have made appearances during several recent House Commerce and Consumer Affairs Committee hearings — including Wednesday, when Yoshi’s fluffy black-and-white face partially obscured her own as he moved in for some attention.

No one objected at the time, but a colleague later passed along a message from the committee chair, Republican Rep. John Hunt of Rindge. 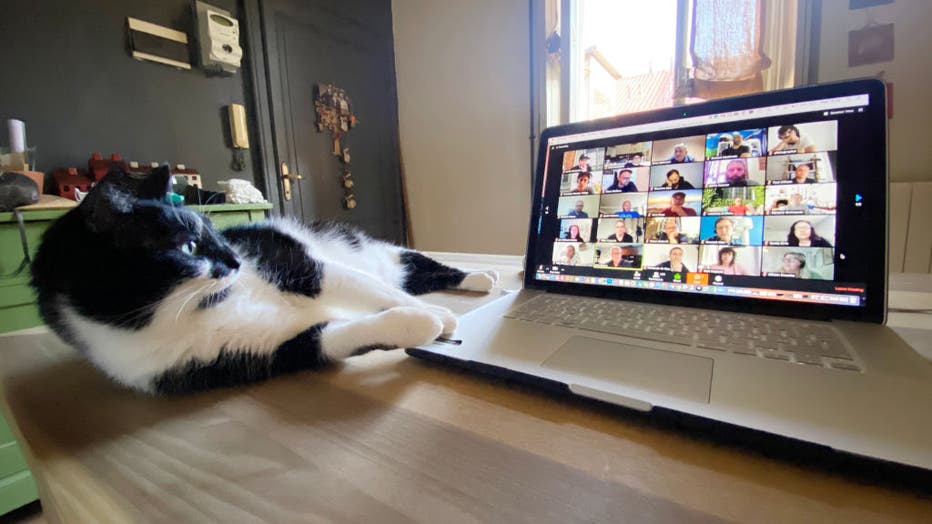 "The chair talked to her and said no animals in the room," Burroughs said. "I can try to keep the cats off the screen. Keeping them out of the room is going to be impossible."

Hunt, however, denied issuing a ban.

MORE: Working from home is costing Americans more than working from the office

"I simply asked the ranking Democrat: Do we really want to have cats parading in front of the legislator’s computer? Let alone stopping and getting petted so that someone may assume the cat is sitting in for the legislator?" he said in an email Thursday night.

Burroughs said at least one other lawmaker’s cat attended the hearing, and another’s dog barked briefly in the background. Lawmakers’ children also have popped up, she said.

"That’s part of the life we’re living right now, and pets are part of it, too," she said. "For me personally, it’s just calming having my animals sit next to me so I can pet them, and it doesn’t distract me in any way. I’m fully attentive to what’s going on."

Lawmakers have been conducting much of their business remotely because of the coronavirus pandemic. The House speaker’s office did not respond to a request for comment on whether other committees have prohibited pets.