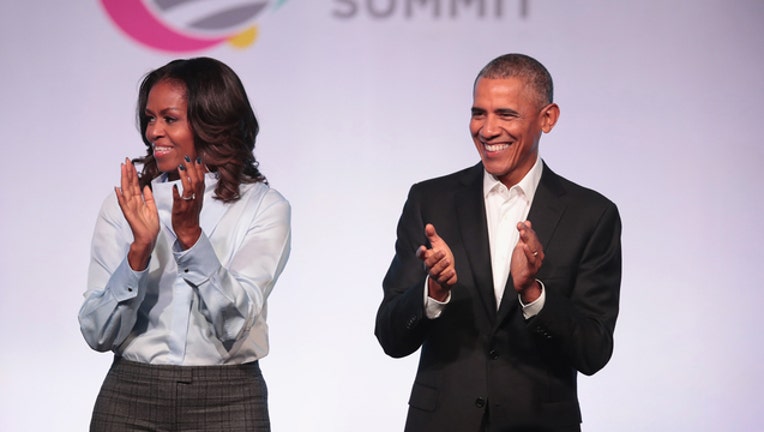 The couple was spotted from the crowd below in a box at FedEx Field in Landover, dancing and getting down to the music.

Bey and Jay performed at FedEx Field both Friday and Saturday night for their On the Run II Tour.

The power couple is due to perform Monday night in Philadelphia at Lincoln Financial Field.

Michelle was also spotted at Beyoncé's performance in Paris early this month with daughter Sasha, and got to hang with Beyonce's mom, Tina Knowles, TMZ reported.