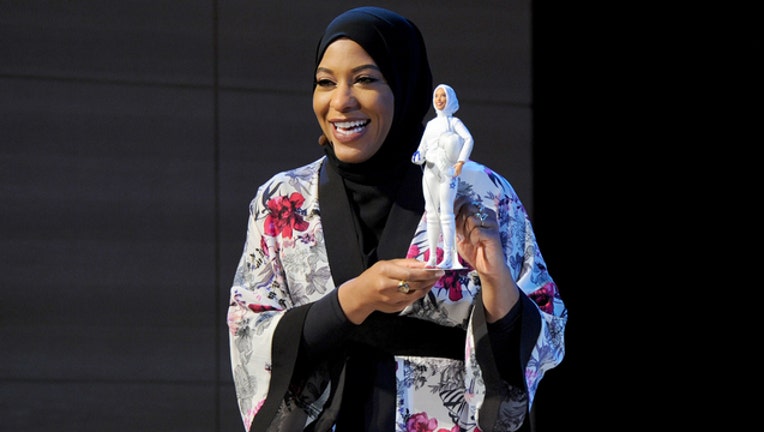 FOX NEWS - FOX NEWS - The maker of Barbie has announced it will sell a doll modeled after Ibtihaj Muhammad, an American fencer who competed in last year's Olympics while wearing a hijab.

Mattel Inc. said the doll will be available online next fall. The doll is part of the Barbie "Shero" line that honors women who break boundaries. Past dolls have included gymnast Gabby Douglas and "Selma" director Ava DuVernay.

"I had so many moments as an athlete, where I didn't feel included, where I was often in spaces where there was a lack of representation," Muhammad said Monday night at the Glamour Women of the Year gala in New York. "So to be in this moment, as a U.S. Olympian, to have Mattel, such a global brand, diversify their toy line to include a Barbie doll that wears a hijab is very moving to me."

Muhammad, the first American to compete at the Olympics while wearing a hijab, won a bronze medal in fencing at the 2016 Rio Games.

VISIT WWW.FOXNEWS.COM FOR THE FULL STORY.