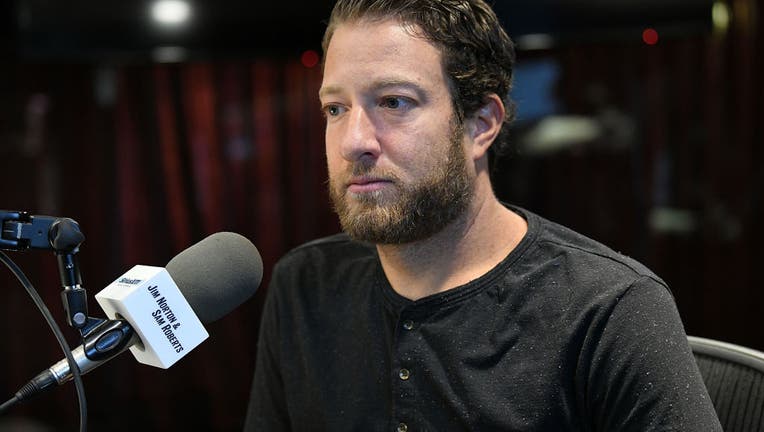 Dave Portnoy, founder of media company Barstool Sports, on Friday had the opportunity to reveal that one of his fan's cancer is in remission.

The 22-year-old fan's cousin, Kate Murphy, contacted Portnoy to share the message that the bone cancer was in remission.

"I think -- I got good news for you I don't know if you had, but your dad and Sony -- so, your cancer is in remission. So, all your surgeries, canceled," Portnoy says in the video. "Chemo, canceled. You're on the other side. ... They wanted me to break the news to you."

The Los Angeles fan -- who had no idea that his cancer was in remission -- burst into tears at the news.

"That's, like, the best thing I've ever gotten to do. I mean, you can't deliver better messages than that," Portnoy said, adding that the fan's dad wants to take him on vacation to celebrate. "...They told me -- they said it was terminal originally, so I don't know what you did or whatever, but all the surgery's done. Canceled."

Portnoy had been in LA just days earlier and told the fan that he could have delivered the news in person, to which the fan replied, "Aw, man, I should've gone into remission sooner."

The fan, whose name was not mentioned in the video, later added that he "committed to fighting as hard as he could and that his doctor had told him that "no one's ever beaten" his cancer.

The fan said he has appreciated Portnoy's lighthearted pizza reviews and videos that show him "unboxing" gifts that guests send to his address. The Barstool founder has spent the past year helping struggling business owners amid COVID-19 by garnering donations through "The Barstool Fund."

Portnoy has raised more than $37 million for businesses across the U.S. through the fund and posts videos of himself announcing news of individual donations to business owners on his social media.