The two men were seen lighting a Christmas tree on fire next to Key West’s famous Southernmost Point buoy and damaging the famous landmark on New Year's Eve.

KEY WEST, Fla. - Always remember to tip your server, if you know what's good for you.

A tourist made a big impression in a Key West bar by ordering drinks three times on New Year's Eve without leaving a tip. That enabled the staff to easily track him down after police released webcam video showing vandals setting fire to a Christmas tree.

The arson caused more than $5,000 in damage to the city's landmark buoy marking the southernmost point in the United States, and sent the island's "coconut telegraph" gossip chain into high alert, the Miami Herald reported Tuesday. 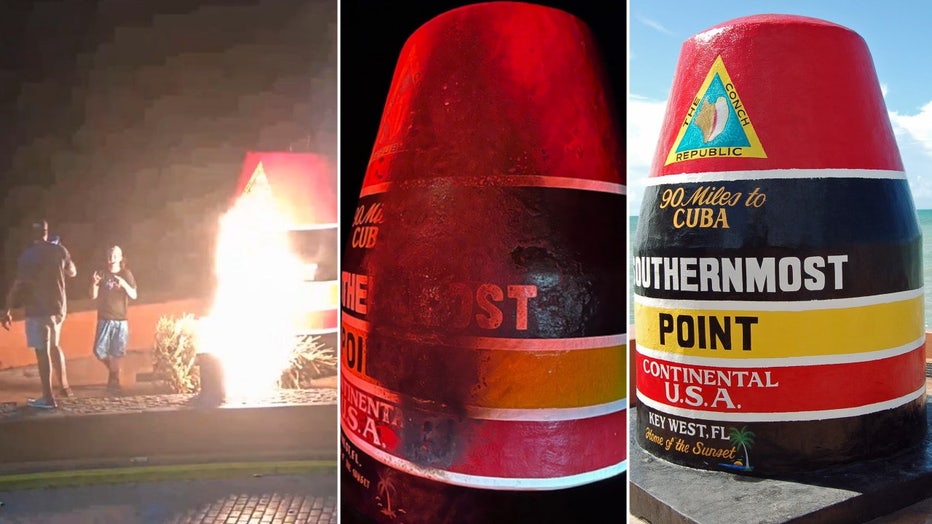 Photos showing the suspects burning a Christmas tree at the base of the buoy, and the damage caused to the landmark. The right photo shows the Southernmost Point buoy after restoration was completed. (Photos courtesy: Two Oceans Digital via Storyful,

Like other locals across the city, bartender Cameron Briody watched the video, and recognized the 21-year-old man who had stiffed him at Irish Kevin's on Key West's famous Duval Street. "I knew immediately that I had served him and that he had used a card, so his name would be on the slips," Briody told the Herald.

The bar's general manager, Daylin Starks, turned to recordings from the "ton of cameras" that watch over the bar each night, and matched credit card receipts to time-stamped videos of the suspects, identified by Key West police as 21-year-old Skylar Rae Jacobson of Henrietta, Texas, and 22-year-old David Perkins of Leesburg, Florida.

"We could follow them the whole time, in and out of the bar," Starks said. "We could see them getting rejected from all the girls they were trying to hit on." 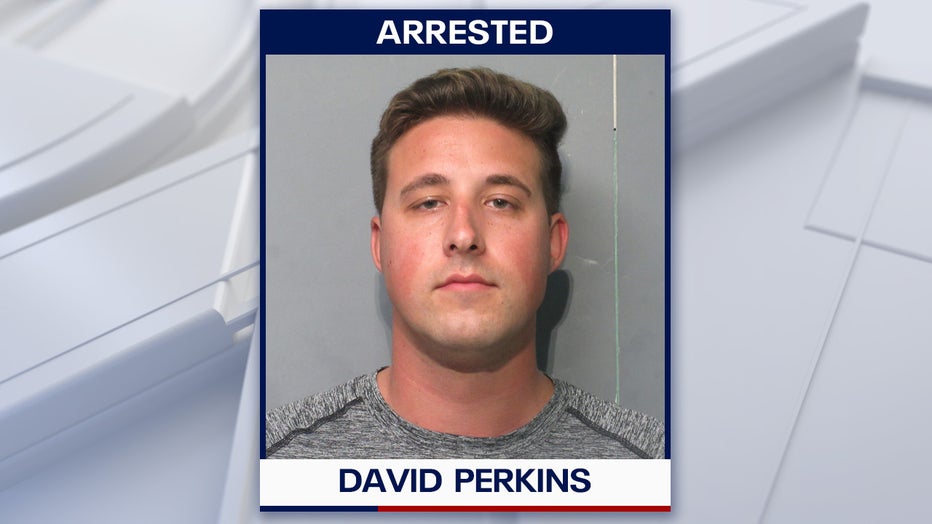 Armed with their identifications and matching their movements to the vandalism down the street, police swiftly announced arrest warrants for the vandalism suspects, and city workers quickly restored the 20-ton concrete monument, which proclaims it stands just 90 miles from Cuba. Key West visitors couldn't wait to pose for more pictures at the spot.

Perkins and Jacobson both face charges of criminal mischief with damages over $1,000. Perkins turned himself in last week at a Monroe County detention facility in the Upper Florida Keys. Jacobson is also expected to turn himself in, Key West police said, but online records show he hasn't yet done so.

"We’ve all been that age and made dumb mistakes and we just learn from them," Starks told The Associated Press on Tuesday. "So I hope that’s what they do is learn from the mistake."