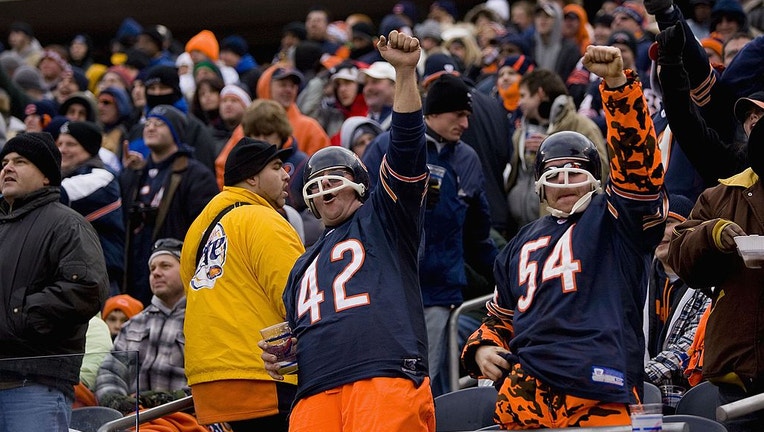 Fans of the Chicago Bears celebrate a touchdown against the New Orleans Saints on December 30, 2007 at Soldier Field in Chicago, Illinois. (Photo by Dilip Vishwanat/Getty Images)

CHICAGO - Chicago Bears fans can toast to an accomplishment even before the first snap of the season: They are among the biggest drinkers in the NFL, according to a new survey.

Fans of the Chicago Bears ranked 4th for booziest fans, averaging 4.5 drinks per game with an average spend of about $58.

SportsHandle surveyed over 2,000 football fans around the country to determine which NFL fans drink the most.

Bears fans also ranked 4th for biggest pregamers, with 72% of Bears fans admitting to drinking before the game starts.

A 28-year-old Chicago man received an incredible surprise after surviving a stray bullet.

They also ranked 9th for the biggest lightweight drinkers, with 55% of Bears fans admitting to having missed some or all of the game due to drinking too much.