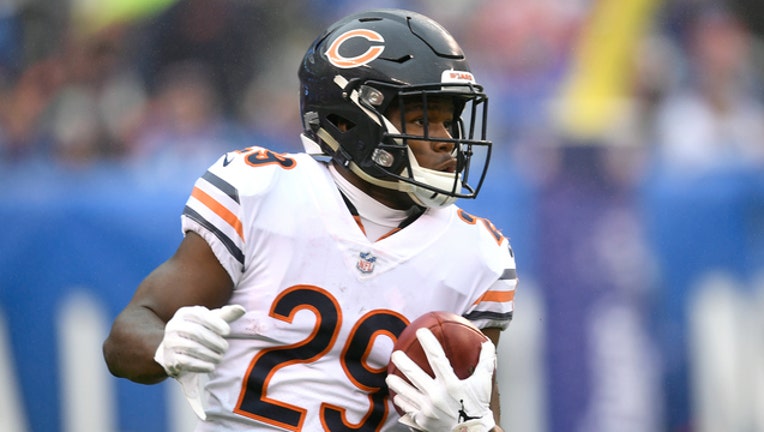 CHICAGO - The Chicago Bears announced Sunday that they have re-signed running back Tarik Cohen to a three-year contract extension through 2023.

“We’re extremely excited about being able to extend Tarik,” said Bears GM Ryan Pace. “He’s a versatile player that has a big impact on offense and special teams. We love his character and he’s been a spark plug for our team since we drafted him. Tarik and I both feel he’s a young, ascending player with a lot of high-level years left in this league and we are glad he will be with us in the years to come.”

Cohen has appeared in 49 career games with 22 starts, rushing for 1,068 yards on 257 carries and five touchdowns while adding 205 receptions for 1,540 yards and nine touchdowns.

Cohen has recorded a reception in all 49 career games. His 205 receptions since 2017 ranks fourth in the NFL among running backs over that span.

Last season Cohen appeared in 16 games with 11 starts, rushing 64 times for 213 yards with a career-high 79 receptions for 456 yards and three touchdowns.