Residents in suburban Chicago are outraged over the possible sale of White Pines Golf Club.

BENSENVILLE, Ill. - There is outrage among some Bensenville residents over the possible sale of White Pines Golf Club.

The town has already lost homes and neighborhoods to O’Hare International Airport’s expansion. Now, residents are worried they will lose the town’s only public golf course.

"It’s very concerning, it’s devastating what it will do to the community – the traffic, the noise, the pollution, the wildlife," said Janell Taraszka, who is opposed to the proposed sale.

Made up of 260 acres, White Pines Golf Club is the Bensenville Park District's largest property. The park district is exploring the possibility of selling up to 125 acres of the land. 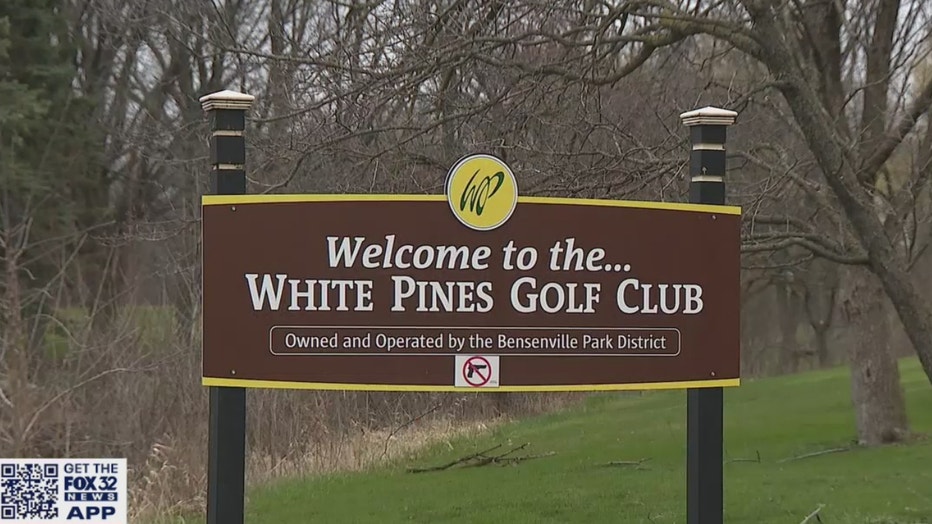 On Wednesday night, more than 100 community members attended a park district board meeting.

"We cannot afford to lose one of the largest green spaces in our community," one Bensenville resident said.

Fearing that White Pines Golf Club could end up in developers' hands, many of them voiced their questions, concerns, and frustrations during the public comment portion of the meeting.

"To put a light industrial area there is a disaster waiting to happen," said another Bensenville community member.

It’s land that Bensenville Park District Executive Director Joseph Vallez told FOX 32 on Wednesday could be worth as much as $150 million.

According to the board, it has "received multiple, unsolicited inquiries from private development companies that are interested in discussing opportunities to redevelop certain acres of land that comprise the White Pines Golf Club."

A statement from the Bensenville Park District also states that "the project is still in an exploratory phase," and that money from a potential sale " could be used to upgrade, repair and replace some facilities."

But some residents feel they aren't being clued in.

"We don’t want to go from a beautiful area in the backyard to 125 acres of industrial park, and unfortunately I think they’re just doing it for the money," said Bill Hibner, who is opposed to the proposed sale. "We have 56 homes right here that are directly on the golf course, plus all the other homes surrounding the golf course. It would be nice if they would really communicate with the residents of Bensenville."

Residents opposed to the project fear what could follow if a sale goes through.

FOX 32 requested an on-camera interview with a Bensenville Park District representative on Wednesday to discuss potential plans in further detail, but were given a written statement instead.

Officials did, however, reiterate that no part of White Pines Golf Club has been sold yet, saying they are simply doing their due diligence.