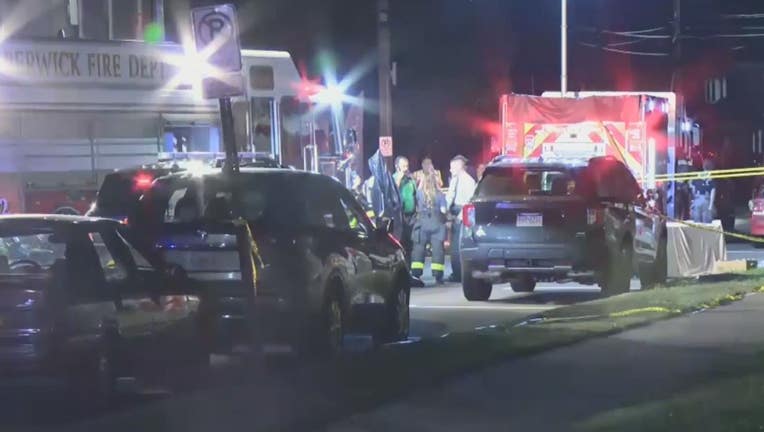 BERWICK, Pa. - One person was killed and another 17 people injured when a vehicle struck a crowd gathered at a Pennsylvania bar for a fundraiser for victims of a house fire that killed 10 earlier this month, authorities said. The suspect then killed a woman in a separate incident, police said.

The crash occurred outside the Intoxicology Department bar in Berwick at about 6:15 p.m Saturday. In a release, Pennsylvania State Police identified the driver as 24-year-old Adrian Oswaldo Sura Reyes. He was arraigned early Sunday morning on two counts of criminal homicide.

It wasn't immediately clear whether he had a lawyer to comment on his behalf.

He was taken into custody after authorities received a call about an assault in nearby Nescopeck. Responding troopers found a woman dead.

The identities of the deceased weren't immediately released.

The bar was holding a fundraiser for those touched by an Aug. 5 blaze that killed seven adults and three children in Nescopeck, the station reported.

The circumstances surrounding Saturday evening's crash were not immediately clear, including whether there was any connection to the fire or the fundraising effort.

RELATED: Funerals to begin for victims of Pennsylvania blaze that killed 10

The first funerals for victims of the fire were held Friday, and more were scheduled for Sunday and Monday. Authorities have said the fire's cause remains under investigation.