A Berwyn man is facing charges in the murder of his parents Saturday in the Uptown neighborhood.

CHICAGO - A Berwyn man on bond in a federal robbery case is accused of killing his parents last weekend in a senior home in the Uptown neighborhood, and then returning to the unit with police for a well-being check, Cook County prosecutors said Thursday.

Prosecutors offered no motive for Banks Jr. to kill his parents, but Murphy said Banks Jr. had a history of domestic violence against his father, causing Sheila to kick him out of their home. Banks Sr. then decided to move out and live with his son in a Berwyn apartment, which was their residence at the time of the shooting. 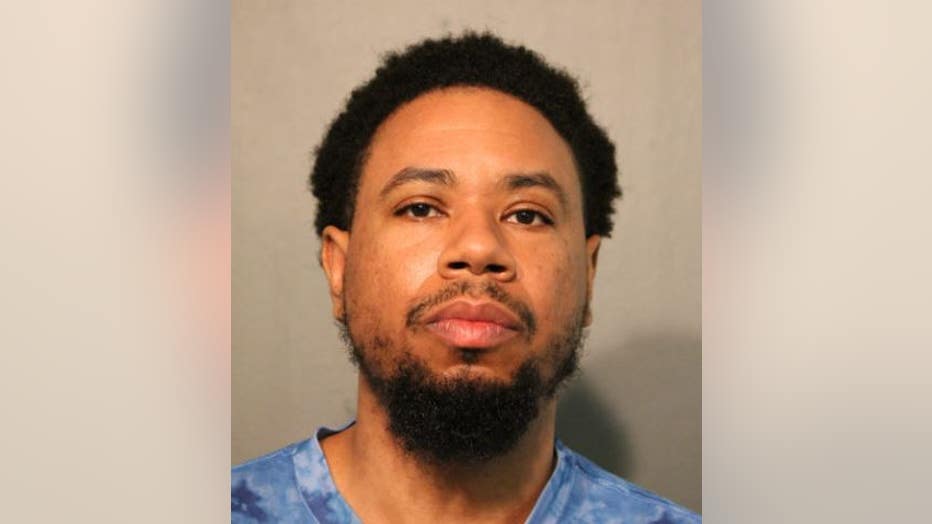 Court records show Shiela took out an emergency order of protection against her son in 2014 and it was terminated in 2016.

Sheila was seen on surveillance video walking her two guests to the elevator around 3:06 a.m. before returning to her apartment, Murphy said.

Three hours later, surveillance video showed Banks Jr. leave the apartment, appearing to lock the unit’s door behind him, and then returned to his residence in Berwyn, officials said.

No one else entered the apartment until police arrived Sunday night to conduct a well-being check accompanied by Banks Jr., Murphy said.

Authorities said there was no sign of a break-in at an Uptown senior building where a married couple was found shot to death Sunday evening.

Police did not find a weapon or fired shell casings in the apartment, prosecutors said.

Banks Jr. was taken into custody Tuesday after agreeing to meet with Area 3 detectives, according to his arrest report. He was charged with two counts of first-degree murder.

There were no signs of forced entry to the unit, the windows were locked and nothing appears have been taken, Murphy said. No shell casings or gun was discovered after the apartment was searched.

Banks Jr. has a previous conviction for aggravated unlawful use of a weapon and was facing federal charges after allegedly robbing cellphone stores in Berwyn and Cicero on Jan. 15 last year, according to court records. Banks Jr. has pleaded not guilty and was released on his own recognizance.

Banks Jr. previously worked as an rideshare driver and had a scheduled interview for a job with suburban transit provider PACE, his assistant public defender said. He has previously been diagnosed with "mental illness," his attorney said, but was not currently taking any medication.

Judge Maryam Ahmad ordered Banks Jr. held without bail on two counts of first-degree murder. He was expected back in court May 3.