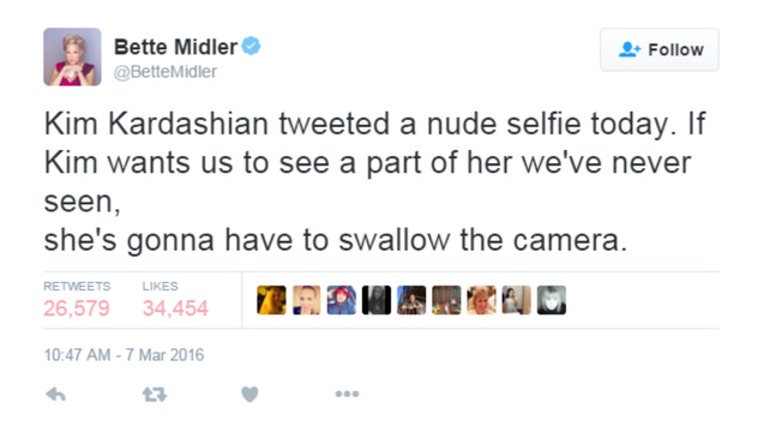 CHICAGO (FOX 32 News) - On Monday morning, Kim Kardashian posted a selfie on social media that showed her naked with the caption “When you’re like I have nothing to wear LOL.” She of course censored out her breasts and lower half.

Bette Midler posted the following on Twitter: “Kim Kardashian tweeted a nude selfie today. If Kim wants us to see a part of her we've never seen, she's gonna have to swallow the camera.”

Then actress Chloë Grace Moretz decided to weigh in on the conversation.