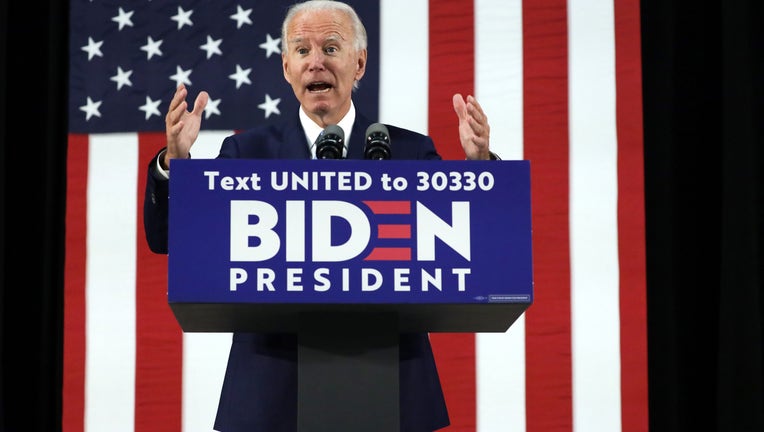 Joe Biden tweeted Sunday night that if he gets elected, his administration “won’t just rebuild this nation — we’ll transform it,” raising speculation online about what exactly in the country will be transformed.

The tweet comes after a politically charged Fourth of July weekend, as the country works to manage a new surge in COVID-19 cases and tries to emerge from weeks of tense protests that have resulted in a widening divide between Democrats and Republicans.

Biden’s tweet did not specify what exactly he means by transforming the country. His critics from the left have expressed concern that he served in the upper echelon of government for over 40 years and didn't help solve these major issues in the past. His critics from the right insist that a Biden White House will take marching orders from the Rep. Alexandria Ocasio-Cortez wing of the party. Some conservatives say his vice president pick will be an early indicator of his administration's direction.

His campaign sent a link to his website when reached by Fox News for comment about the tweet.  The tweet appeared to be embraced by supporters and was liked 140,000 times as of early Monday.

Scott Morefield, a media and politics reporter for the Daily Caller, responded to Biden’s post and said the transformation Biden was referring to would be the country's turn “into a socialist hellscape."

Biden's website lays out his plans to combat the coronavirus by offering, for example, the “wide availability of free testing.” The campaign says a Biden White House would offer Americans a “decisive economic response that starts with emergency paid leave” to help those affected by the virus.

Other initiatives include an agenda for the black community, criminal justice reform, and a plan for gun violence, to name a few.

The U.S. is about four months from Election Day and Biden has maintained a lead over President Trump in polls. While Trump and his campaign have downplayed their significance, political insiders are beginning to see a tough climb ahead. Biden's supporters see his candidacy as a return to relative stability for the country.

"When you are in the barrel, when you’re getting a lot of bad press and the polls are going against you, you need to do something that says, ‘We’re moving in a different direction.’ That’s what I mean by a reset," he said.

But Biden also seems to have some issues that may require further explaining before Nov. 3. Politico ran an article last month titled, “Why Biden is Rejecting Black Lives Matter’s Boldest Proposals.”

The article points out that Biden’s campaign is “led by an older and whiter group of operatives” and has said he is not in favor of defunding the police.

Andrew Bates, a spokesman for the Biden campaign, said at the time, “Biden does not believe that police should be defunded. He hears and shares the deep grief and frustration of those calling out for change, and is driven to ensure that justice is done and that we put a stop to this terrible pain.”

The Politico report said, “Internally, Biden’s campaign is balancing how to best respond to the transformational demands of protesters while maintaining his commanding lead over Trump. Biden gained the lead by staying largely out of the spotlight as Trump has praised the “beautiful heritage” of the Confederacy and called protesters “thugs.”

But the Trump campaign apparently sees a vulnerability for Biden and is working to connect him to the left-wing push to disband and defund police departments.

The president has been a tough critic of cities like Seattle, Minneapolis, and New York over what he described as a soft approach to dealing with violent protesters. His campaign has used these cities as a way to give Americans a glimpse of what it said would be a lawless country under Biden.

“If we defund the police as Joe Biden’s allies are calling for, who will answer the phone when people call 911?” Donald Trump Jr. tweeted on Sunday. The Trump campaign has said, “You won’t be safe in Joe Biden’s America.”